Q&A: What Leaving The Paris Climate Deal Means For Business

The impact of President Donald Trump's decision to withdraw from the Paris climate agreement will differ for companies depending on what they produce and whether they have sales overseas. Take a look at some key questions about the accord and Trump's decision. 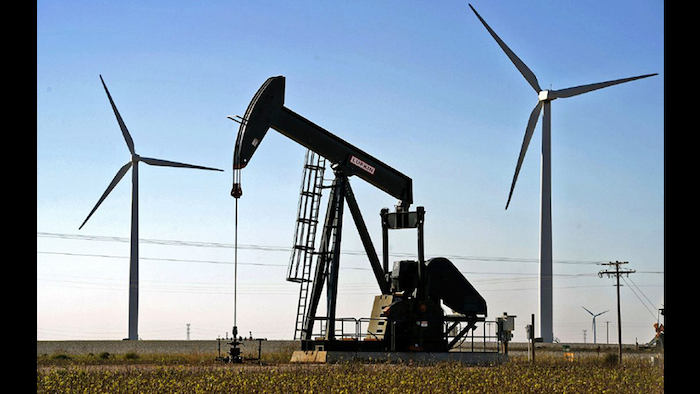 The impact of President Donald Trump's decision to withdraw from the Paris climate agreement will differ for companies depending on what they produce and whether they have sales overseas.

Formally, it may take more than three years for the U.S. to exit, but Trump said last week that his administration will stop all work on the accord immediately.

A look at some key questions about the accord and Trump's decision.

Did The Accord Set Rules For Businesses?

No, the agreement let governments decide how to meet their national emissions-reduction promises.

But Did We Know Which Industries Would Have Been Affected Most?

Actions of the Obama administration drew a map. Obama-era regulations such as the Clean Power Plan targeted reductions from coal and methane leakage from natural gas drilling. It reiterated tough fuel-efficiency standards for automakers.

A study cited by Trump during his Rose Garden announcement predicted that the biggest decline in production would have been in the cement, coal and steel industries, with oil and gas also losing out. Critics dismissed many numbers in the study, which was commissioned by longtime opponents of environmental regulation, but the list of target industries was probably accurate.

Will Withdrawing Prove A Boon For Energy Companies?

Leaving Paris, along with Trump's other moves to roll back regulations on oil and gas producers, could spur drilling. But if that leads to lower prices by extending the glut of crude, any gain might be temporary.

Jason Bordoff, an energy expert at Columbia University, said production "will be determined far more by market conditions, like the price of oil and gas, than by scrapping the Obama-era environmental regulations."

Why Did Big Oil Companies Want The U.S. To Stay In The Accord?

Exxon Mobil and Royal Dutch Shell said they favored a predictable structure like the Paris agreement for regulating emissions. David Cherney, an energy expert at PA Consulting Group, said they also feared a backlash — carbon tariffs or consumer boycotts — in countries that are sticking with the accord.

The big oil companies sell natural gas — Exxon is the biggest gas producer in the U.S. — which could benefit if the Paris accord further curtails production of coal, a rival fuel for generating electricity.

Will Renewable Energy Be Hurt By Trump's Decision?

Renewables are small but growing percentage of the U.S. energy mix. The energy department predicts that nearly two-thirds of new power-generation capacity added this year will come from solar and wind. Renewables are now often competitive on price with fossil fuels.

Critics say Trump's move will cost the U.S. a chance to lead the world in developing clean technology. "The U.S. is not going to benefit from this as much as it could," said Christine Lins of REN21, a nonprofit that promotes renewable energy.

But others believe that states will pick up the slack, and renewables will be fine.

Will Trump Fulfill His Campagin Pledge To Bring Back Coal Jobs?

Robert Murray, the CEO of coal producer Murray Energy, said that by withdrawing, Trump was "saving coal jobs, and promoting low-cost, reliable electricity for Americans and the rest of the world."

By reducing regulations on coal, Trump will help the industry, but the effect will be muted because his deregulation agenda is also likely to boost production of natural gas. "To the extent that more natural gas comes out of the ground because of Trump policies, it's not good news for coal," said Kevin Book, an analyst at ClearView Energy Partners.

Coal's biggest problem, however, is the fracking revolution that has made natural gas abundant and cheap. Leaving the Paris accord and killing the Clean Power Plan won't change that, said James Van Nostrand, who directs an energy center at West Virginia University.

"Maybe some coal plants won't be retired as quickly as they otherwise would have, but it's not going to bring coal jobs back," Van Nostrand said.

Amy Myers Jaffe of the University of California, Davis, said if the U.S. funds research into so-called clean-coal technology like carbon capture it could create an export market for U.S. coal and the technology itself even as U.S. coal demand falls.

Lots of Corporate CEOs Endoresed The Accord; Were Any Business Sectors Scared?

Although some of America's best-known big companies supported the Paris deal, many small-business owners worried about the potential for higher energy bills and costly new environmental regulations. They cheered Trump's decision. Small businesses in the clean energy sector say they expect demand for their services to keep growing.

Will Companies Keep Their Old Promises To Limit Carbon Emissions?

Most say they will.

Walmart, which launched a program in April to remove one gigaton of emissions from its supply chain by 2030, said after Trump's announcement that its own commitment to renewable energy and lower emissions was good for business and the environment.

Citibank, which had urged Trump to keep the U.S. in the accord, said Friday that it would "remain very focused on our own efforts to protect the environment," including its commitment to finance $100 billion in clean energy, infrastructure and technology projects.

Couldn't The Next President Just Recommit The U.S. To The Agreement?

Yes, and that possibility is a strong reason for companies not to react hastily to Trump's decision. Companies weighing investments that will last two or three decades will have to consider whether Trump — and presidential opposition to the Paris agreement— will be gone in January 2021.