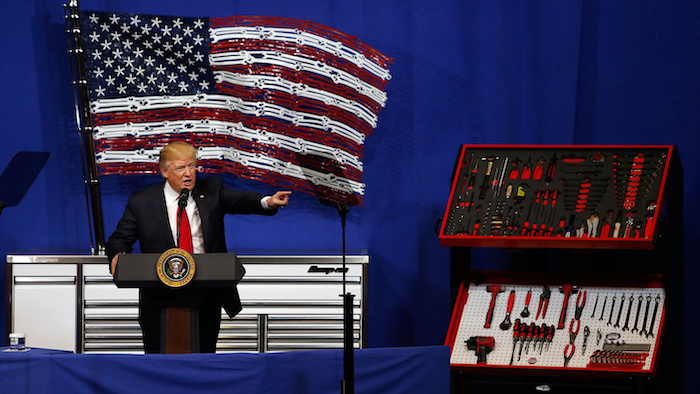 Hand and power tool Snap-on hosted president Donald Trump on Tuesday at its Kenosha, WI headquarters, where the commander-in-chief turned back to one of the key messages of his election campaign: "Buy American and Hire American."

Trump — speaking in front of an American flag made out of Snap-on wrenches, spoke on a variety of manufacturing topics, stating his administration "is going to get rid of NAFTA once and for all" before signing an executive order that he said should help American workers whose jobs are threatened by skilled immigrants.

"We are going to defend our workers, protect our jobs and finally put America first," Trump said Tuesday. 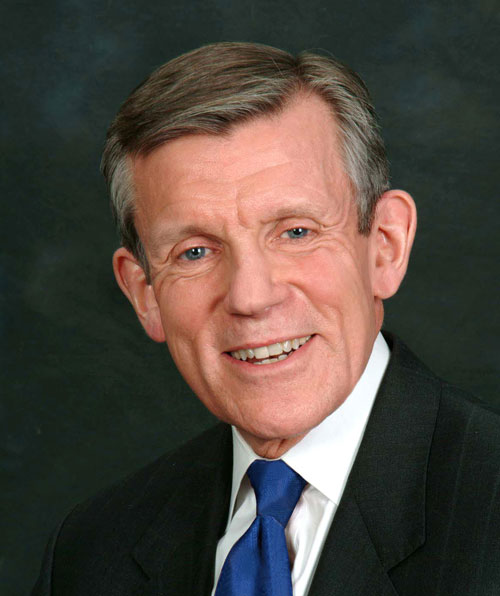 On Tuesday of this week, Snap-on hosted President Donald J. Trump and other members of his Administration. We view his visit as an encouraging development in highlighting the essential nature of American manufacturing to our nation’s future.

Since our founding, Snap-on has been a manufacturer dedicated to making work easier for serious professionals performing the most critical tasks across a range of industries from auto repair to natural resources to aerospace. It’s always an honor when our contributions to society are recognized — especially by the President of the United States. I’m particularly happy to share this great moment for our company with our associates, our franchisees and our customers.

The capability of the American middle class to make things and keep them running has been at the base of our nation’s strength since its founding. From our perspective, we believe the President’s visit emphasizes the need to nurture such manufacturing strength. We are today in a global competition for jobs. And, the best way to make America successful in this environment is to arm our people with the technical capabilities that enable them to win that global contest for prosperity.

The upskilling of the American workforce is the seminal issue of our time. We must refocus on technical education, restore our respect for the dignity of work, and celebrate technical jobs not as the consolation prize of our society, but as what they really are – a national calling essential to our ongoing prosperity.

Snap-on knows firsthand the importance of American manufacturing. We’re proud of our 10 manufacturing facilities located in 10 states from coast to coast and of the 6,700 hard-working Americans from all walks of life and origins that we employ at Snap-on. It’s the contributions of that committed team, enabled by their capabilities and varied experiences, that make Snap-on what it is today.

It’s encouraging to know that our elected officials at the highest levels of government recognize the importance of American manufacturing and American workers and have chosen Snap-on to highlight this vital focus. We believe this is not only an honor to our company, but is also a welcome step in reenergizing the traditional American respect for the dignity of work.

I want to thank all of our associates and franchisees for the dedication, integrity, and hard work you bring to Snap-on each and every day. Without your commitment and contribution, such recognition would not be possible.