MINNEAPOLIS — Baldwin Supply Company, an independent supplier of power transmission, electrical control, conveyor belt, and other industrial products, on Monday announced its expansion into western Wisconsin with the opening of a 10,000-square foot branch office and warehouse in Eau Claire. The facility, located at 1001 Harris Street, is the company’s ninth location in the Upper Midwest and will serve a number of communities in western Wisconsin, including Eau Claire, La Crosse, Menomonie, Chippewa Falls, Wausau, Black River Falls, and Rice Lake.

"At Baldwin, we help our customers meet the challenges of building and growing their operations, and we grow right along with them to do that. We are a true distributor partner with our customers, and the opening of this Eau Claire location exemplifies that," said Jim O’Connor, executive vice president with Baldwin. “We’re excited to now be even better positioned to serve our current and prospective customers in western Wisconsin."

According to Adam Schillinger, branch manager of the Eau Claire facility, the Wisconsin location will offer a heavy-duty belt slitter in an effort to fill a void in the marketplace. "We will be a one-stop shop for conveyor belts and conveying components," he said. "Our sales team will be capable of designing and trouble-shooting even the most complex conveyor systems, and our installation crew will be able to deliver and install heavy belting anywhere in the state."

Schillinger, who is in the process of hiring sales and installation teams, noted the need for conveyor belt sales and service in western Wisconsin is due in great part to the area’s growing aggregate and mining industries.

The economy should be able to rebound “substantially,” he said.
May 18th, 2020

And this time, the estimates for the auto industry are somehow even more dire.
May 18th, 2020

ISM: Economic Downturn Will Continue Through 2020

US purchasing and supply executives signal prolonged contraction on both manufacturing and non-manufacturing sectors.
May 15th, 2020

Many of the changes provide more wiggle room than the initial versions.
May 15th, 2020

The auto industry is among the first major sectors of the economy to restart its engine.
May 15th, 2020

Nearly half of small manufacturers reported receiving loans.
May 14th, 2020

Pressured by US, Mexico to Reopen Industrial Plants

The country's top advisory panel classified industries of construction, mining and auto manufacturing as “essential activities” that are allowed to continue.
May 13th, 2020

US Wholesale Prices Down Record 1.3%

It's the steepest one-month fall since the Labor Department began tracking the statistic in 2009.
May 13th, 2020 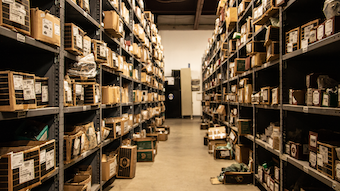 While the index showed a seventh-straight week of double-digit declines, the range of losses and gains continues to shrink.
May 12th, 2020 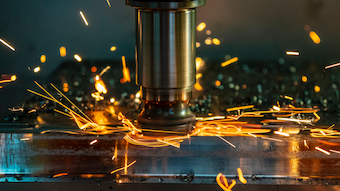 Orders were fairly robust in the first half of March before volume rapidly decelerated once stay-at-home orders took place.
May 11th, 2020 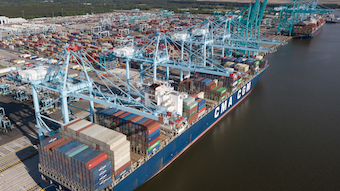 The two governments have yet to announce a timeline for more negotiations.
May 8th, 2020
Follow Us
Most Recent