The State Of The Personal Protective Equipment Market

Take a look at the current size and scope of the market for PPE, with insights from Personal Industrial Products Vice President of Sales Robin Roberts.

During the STAFDA 2015 Convention on Nov. 9 in Phoenix, AZ, the event's general session that morning included a "state of the industry" report on personal protective products from Robin Roberts, Vice President of Sales at Albany-based Protective Industrial Products (PIP).

While "safety products" can include facility safety or security products, the perspective Roberts gave focused on the market for personal protective products. Or in other words, as Roberts said, "The stuff you wear that keeps you safe."

With an audience full of tool and fastener distributors and manufacturers, Roberts first provided a segmented look at the market for a handful of notable segments, which included both industrial and construction consumption:

Roberts' then specifically broke down the PPE $7.3 billion PPE market into a veriety of product areas, illustrating most of them:

While the users of personal protective equipment are very diverse, they span three main areas – industrial or manufacturing, construction, and others like utilities, mining, and transportation.

Roberts says the PPE market is about:

Roberts talked the evolution of safety products. He gave the example of fall protection, which when he started his career in 1979, was most commonly just a safety belt with a single D-ring and a six-foot nylon rope lanyard with snap hooks on both ends. It sold for about $50 to the end user. Today, standard fall protection is a full body harness with a retractable shock-absorbing landyard system that sells for about $300.

Hand protection – the largest single product category in the PPE market, has evolved greatly, even in the past 10 years. Roberts discussed how a machine-knitted nylon glove with a breathable nitrile foamed palm coating has become the best-selling glove on the market. End users in industrial and construction-related business have used such a glove to replace traditional gloves that are cotton canvas, leather palmed, and grain leather. "These new products are actually putting gloves on the hands of workers that couldn’t wear gloves while they were preforming their jobs." Roberts said. "What’s most profound about this is that studies show that most injuries occur when a worker isn’t wearing his gloves or the gloves that were worn were not the right ones for the job."

Roberts talked about other trends in hand protection – cut resistance, and hi-performance gloves with padded palms that reduce damage from impact or vibrating tools. Such features raise the glove price, but that's outweighed by the safety benefit, as hand injuries are the second largest cause of work-related injuries. "Many would argue that these injuries are the most preventable," Roberts says.

Roberts shared some hand-injury data from the U.S. Bureau of Labor Statistics:

The average hand injury claim now exceeds $6,000, with each lost time workers’ compensation claim reaching nearly $7,500 according to the Bureau of Labor Statistics and the National Safety Council. The average reported hand injury results in six days off work.

"With the shortage of workers in the construction industry today, which of your customers do you know that can afford to have any workers off work for 6 days?" Roberts asked the STAFDA audience. "The cost of one incident that could have been prevented by workers wearing the right glove often far exceeds the cost of an entire hand protection program.

The National Safety Council offers the following as a guide:

Roberts provided a look at the cost of different hand injuries stated by the National Safety Council:

Gloves aside, Roberts also pointed out examples of other trends in personal safety. Lightweight hard hats now feature newly designed, multi-point suspensions that improve comfort and actually keep the helmets on the wearer’s head. Safety eyewear with foam seals for use in dusty environments. Arc flash apparel is now mandated for use around live circuits. Gas detection instruments are part of the rental fleet at many distributors. High visibility apparel includes tee-shirts, vests and jackets featuring “pass-throughs” for harness D-rings and pockets for technology like tablets and smart phones.

Roberts ended his presentation telling why distributors and manufacturers should take the above data to heart. 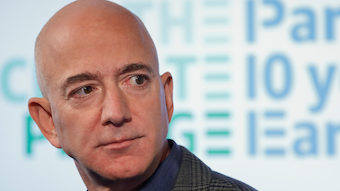