Jack Keough: "I Remember When"

As a young editor at Industrial Distribution in the mid 1980s, I would have lunch periodically with my predecessor, George Berkwitt. George was a great guy, but often he would lapse into sentences that began with “I remember when . . .” 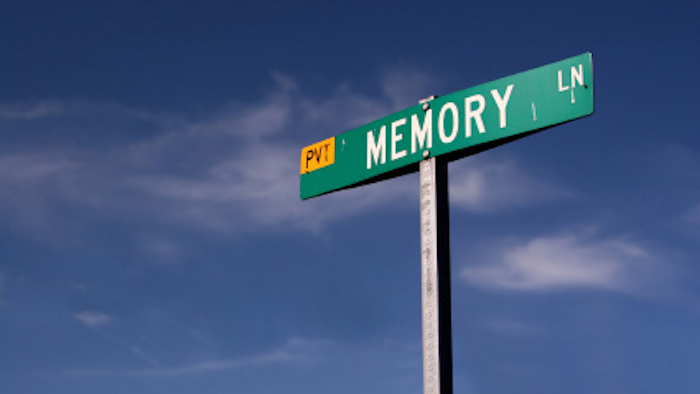 As a young editor at Industrial Distribution in the mid 1980s, I would have lunch periodically with my predecessor, George Berkwitt. George was a great guy, but often he would lapse into sentences that began with “I remember when . . .” I would roll my eyes, similar to what my kids did many years ago when I would talk to them about how, growing up, we didn’t have organized games, electronics or even (gasp) remote controls for our television.

I vowed back then that when I was older I would never (or at least try) not to talk so often about the old days or begin sentences with “I remember when . . .” each time I caught up with old friends.

Well, as the Industrial Supply Association holds its annual Product Show and Conference, allow me to talk about the “old days” of distribution, because those days were special to me.

My first “Triple” Convention was in Los Angeles in 1985. There were several thousand people attending. To the uninitiated, the “Triple” was a convention attended by members of the National Industrial Distribution Association (NIDA), the Southern Industrial Distributors Association (SIDA), and the American Supply and Machinery Manufacturers Association (ASMMA). It was the “must-attend” distribution meeting of the year. Technically, it was the Triple Industrial Supply Convention since there were regional conventions as well.

There were some great meetings over the years. What amazed me was the fact that there was much more than business going on at these conventions. Many of these relationships turned into long-term friendships. I still today value many of the friendships I made way back in ’85 at my first meeting.

Bob Clifton headed NIDA, Gary Buffington was in charge of SIDA, and Chuck Stockinger headed ASMMA. Things weren’t always so rosy. Three associations planning and developing one convention sometimes led to disputes over some trivial matters: e.g. the theme of the convention.

It became obvious that regional meetings and an annual convention were just too much for members from a financial standpoint.

Thanks to some forward thinkers, the two distributor associations were merged into one: the Industrial Distribution Association. The manufacturers’ group remained separate but still part of the annual convention.

Merging two groups into one was anything but easy. There were those in SIDA (whose roots dated back to 1905) who wanted separate groups and there also was talk of separate conventions. But, the merger was approved with Gary Buffington taking the helm of IDA and Bob Clifton retired, eventually becoming a columnist for ID.

Over time it became obvious that there should be one association consisting of distributors and manufacturers. That led to the Industrial Supply Association.

ISA, IDA, NIDA and ASMMA were successful because of the many leaders that put their time and talent into making their association a true benefit to the distribution channel.

There were people like Cheddy Cary, Tom Reed, Dan Judge, Don Ruggles, Tom Berger, Tim Tevens, Rusty Duncan, Bill Todd, Kathy Durbin, Alan Gilbert, and a host of others who helped the association become an important voice for distributors and their manufacturing counterparts.

As someone who has worked closely with those groups over the years, I wonder just how many people realize how much time and effort these industry leaders have given to this association. They’ve taken time away from their businesses and families to attend meetings, participate in conference calls, and develop educational programs.

All too often, we’ve heard complaints from some people who attend the convention and criticize the program, the speakers or the lack of attendees.

My advice: Volunteer to become an active member of the association and bring new ideas to the table.

No one can bring back the “good ol days,” but today all of us who work in distribution have the opportunity to make the association stronger by promoting our industry and the channel by offering suggestions as to how we can improve.

Years from now (hopefully) we will look back to 2013 as the good old days. Let’s work together to make that happen.

Check out what John Buckley had to say about the ISA Product Showcase on day one of the show.

Check out an interview with Tim Barry from Cataleap on the future of the catalog.