Everyone, it seems, wants a piece of the industrial supply business. One executive of a large Internet company said recently there is a perceived weakness of industrial companies in their ecommerce applications. Buyers prefer to do business with distributors who have ecommerce capabilities than those who do not. 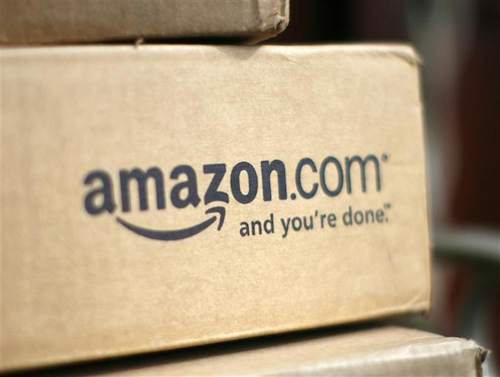 Many industrial distributors don’t know it but Google, the online giant, has ventured into the industrial marketplace joining Amazonsupply.com. And other retailers/online companies are also looking at entering the B2B market.

It’s no wonder. Forrester Research estimates that the B2B market is nearly $570 billion while the B2C market is less than $170 billion.

Everyone, it seems, wants a piece of the industrial supply business. One executive of a large Internet company said recently there is a perceived weakness of industrial companies in their ecommerce applications.

Ecommerce has taken on a new importance with Amazon and Google now in the B2B market.

Let’s review what has happened with Amazon getting into the industrial marketplace: Amazonsupply.com started out with 14 product categories in April 2012. The company obviously has a viable strategy and an advantage due to its strong logistics, reputation, and ability to offer ease of use in ordering supplies. The reclusive Amazon plays its cards close to the vest. Few people know how well Amazonsupply.com is doing.

However, there is at least one indication:  Acquity Group, an ecommerce and digital marketing company, recently conducted a study of industrial purchasing executives who have annual budgets of more than $100,000. The results showed that buyers are readily accepting Amazonsupply.com. In fact, a remarkable 45 percent of the buyers said they had purchased products from Amazonsupply.com in the past year and 25 percent have bought products from the site frequently.

The study showed that while price is a factor, customers will abandon supplier loyalty for improved convenience. The majority of buyers (71 percent) indicated they would purchase from the website that is more convenient and has the most efficient purchase process when price is equal. When asked which aspect was more important for a company purchase, 32 percent of buyers ranked factors such as customer service and convenience over price.

"B2B suppliers must be aware of the revenue threat from the third-party B2B ecommerce websites," said Robert Barr, Senior Vice President at Acquity Group in a press release.  "This is particularly important since many buyers do not visit suppliers' physical stores, but rely on catalogs and websites to research products. Unfortunately, many of supplier's websites are outdated and lack capabilities to meet customer expectations."

Amazon.com has a user base of nearly 170 million. In addition, Amazon plans on expanding its distribution center network and will reportedly have up to 70 of these centers around the country in the next few years. Whether or not some of those centers will be earmarked specifically for industrial products is unknown.

The company offers free two-day shipping on orders of $50 or more and has more than 750,000 industrial, scientific, and business products with “more being added each day.”

Several months after Amazon made its move, Google, on a very low-key basis, started a beta site called Google Shopping for Suppliers from which electrical and electronic products have been sold.  The site is an extension of its successful Google Shopping site. Since its beta site made its debut in early February, the Google beta B2B site has since added to their product offerings. There seems little doubt that it will expand into other industrial product categories.

Google has not commented on its foray into industrial sales.

They may not be the only ones looking at industrial business. Just a short time ago I was contacted by a large brick and mortar chain which also has an extensive on-line presence. I can’t reveal the name of this company, but it is thinking of entering the marketplace because of what it sees as a vacuum in ecommerce expertise from industrial distributors.

Another company, supplyden.com, which sells safety, janitorial, packaging, and other products says it is now redesigned its website and is determined to go after the industrial side of the business. Again, they say it because industrial supply sites do not offer the “ease and flexibility that many leading on-line retailers offer.”

So we’ve heard these words again.

Grainger doesn’t seem worried. A friend recently talked about this with a Grainger executive who says Grainger told him they are not worried in the least about companies like Amazon and Google. Grainger, as I’ve mentioned in past blogs, have taken the arrows years ago because they invested heavily into an on-line presence. And those efforts have paid off handsomely with 30 percent of their business coming from ecommerce. The MRO industrial giant says that ecommerce business will increase to half of its sales in the next few years.

The company has announced that it was hiring 300 IT and ecommerce employees over the next several years. Grainger is now the 15th largest e-retailer in the country, according to Internet Retailer’s Top 500 Guide.  Last year it recorded $2.3 billion in sales via ecommerce, a 23 percent increase over the prior year.

Other companies like MSC and Fastenal have greatly expanded their on line presence and it is paying off.

The reaction from many distributors that I’ve talked to recently about Amazon and Google is sort of a ho-hum attitude. Some say they will boost their own presence but others say they will continue business as usual.

My opinion: Google and Amazonsupply.com are big threats to distributors, some of whom have been operating like it is the 1960s. Now is the time to determine your strengths, weaknesses and what you can do to improve. Are you carrying the right products your customers want or need in the future? And are you continuing to develop the relationships with your existing customer base?

Distributors must also examine their web presence. Is this the time to redesign or update your web presence? And should you expand your ecommerce offerings?

The challenges are real. Now is the time to position your business for future growth.