The active U.S. rig count appears locked in regression mode after increasing nearly all of 2018, while the price of oil surged throughout last week to its highest mark since November of 2014.

The U.S. combined oil and gas rig count — which had added 69 rigs in its 10-week gain streak through June 8 — lost five rigs this past week after losing seven and three in the two weeks before. The count registered a mark of 1,047 on Friday, which is up 107 year-over-year (YoY), or 11.4 percent. Data from oilfield services provider Baker Hughes shows the U.S. lost four oil rigs last week and lost one gas rig, with its oil rig count of 858 now up 102 YoY (+13.5 percent) and its gas rig count of 187 up three YoY (+1.6 percent). The U.S. miscellaneous rig count remained at two.

The current decline streak isn't seasonal, as the count increased in four out of five June 2018 readings. Year-to-date, the U.S. combined rig count is up 118 through 26 weeks of 2018, which has included 18 weekly gains, seven decreases and one hold.

Below is the daily U.S. rig count provided by Drillinginfo on its DailyRigcount.com — a microsite that utilizes data from GPS tracking units and publicly-reported information to monitor oil and gas drilling rig movements in the U.S. Unlike traditional rig counts — such as those from Baker Hughes — typically define a rig as active only when it is "turning to the right," and have been released on Friday afternoons every week since 1944, whereas DailyRigCount defines a rig as active from the time a GPS tracking unit identifies it at a permitted oil and gas drilling location until the time it leaves, and is released daily.

After bottoming out at 79 on May 11, Canada's seasonal rig count increase continued last week. It gained a dozen rigs, with its combined count rising to 172. That mark is still down 17 YoY (-9.0) percent). Canada added 14 oil rigs and lost two gas rigs, with its 117 oil rigs up by five YoY and its 55 gas rigs down by 22.

Friday's North American combined rig count of 1,219 increased by nine from a week earlier and was up by 90 YoY, or 8.0 percent.

The price of oil received a boost to near $70 on June 22 when OPEC announced a nearly 1 million barrels per day production increase, and prices continued to surge throughout last week. Oil opened Monday, June 25 at $68.44 and held there until jumping about $2.50 on Tuesday, and almost another $2 on Wednesday, closing the day at $72.54. Oil held above $73 on Thursday and closed the workweek Friday at peak of $74.42 — its highest mark since the end of November 2014. Oil dipped a bit over the weekend before opening Monday at $73.26. It has had a volatile morning and was at $73.79 as of 9:07 a.m. CT. 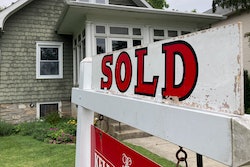