Jack Keough: Looking Back, And Ahead On Fastenal

ID contributing editor Jack Keough discusses Fastenal's 2014 – in which it closed 52 stores and opened 24 – as well as the factors that impacted revenue last year and will continue to going forward. 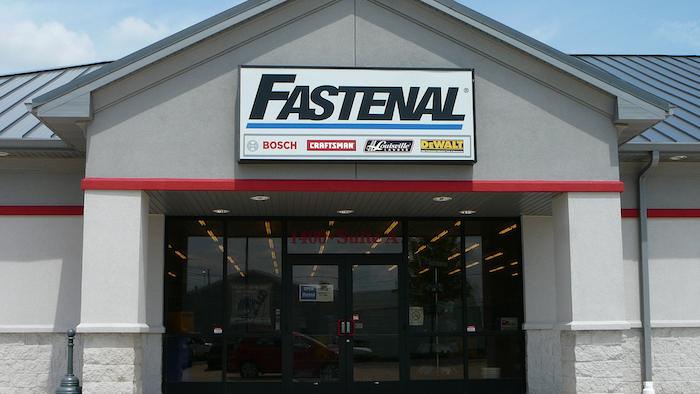 This article appeared in the March/April print issue of Industrial Distribution. To view the full digital issue, click here.

Fastenal closed 52 stores in 2014, up from the 45 it had projected earlier in the year, company officials said during its annual and fourth quarter conference call with financial analysts.

And the large MRO distributor, which has become known for its rapid expansion of new stores, said its openings this year would be “marginally positive.” Fastenal opened 24 stores in 2014.

But Lee Hein, president and CEO of Fastenal, said the company is still able to offer same day delivery and “superb” walk-in customer service because the stores that were closed are near other existing ones. “If one of our district or regional managers looks at our market and says, I think this market is better served, having us operate out of 4 points than 5, or 3 points than 4, when we know we are going to retain an incredibly high percentage of that business we’ve got to look at and say ‘what’s the smartest way to grow,’” he said in the conference call.

The company’s vending machine business also grew, and vending now comprises about 40 percent of sales. Vending sales have become an important growth strategy and sales have increased in that business nearly every quarter.

But Fastenal’s other 60 percent of revenues, the company said, can be somewhat traced to investment in people. Fastenal hired 82 people in the fourth quarter and hundreds more, primarily in sales support positions, during 2014 – giving outside salespeople more time with customers.

The company is especially pleased with the growth in sales of fasteners as manufacturing continues to struggle back from the recession. At the end of 2014, Fastenal was experiencing double digit growth in that sector. A year ago, the fastener business was growing less than two percent.

Fastenal is also keeping a close watch on the plunging cost of oil, which could impact sales in a number of states. One estimate is that the oil industry comprises sales of up to 12 percent of Fastenal’s business, but company executives noted that there is a lag between the oil price drop and its effect in the market. That lag could be up to six months.

Fastenal intends to “fill in” those stores that would be impacted.

“There is that lag. So we are keeping an eye on it and we are definitely going to fill it in in those regions. The flip side is we don’t quite understand what it’s going to do to our other customers because it actually puts a little wind in their sales, so to speak, from a bottom line. So that’s kind of how we look at it and how it affects the company today,” Hein said.

The company has also been impacted because of the value of the currency in their Canadian business.

Dan Florness, chief financial officer, said, “What shines through on our company level, when you look at it in USD, it cuts that down by almost two-thirds because of deflation in the currency. But the underlying business up there for us is healthy. You have to keep in mind when you look at our business in Canada, it is weighted towards the eastern part of the country.”

One of the more controversial moves that Fastenal has made in recent years is to get into the metalworking business, which puts the company into competition with large distributors such as MSC Industrial Direct.

“People, I think, had too high of an expectation going in, thinking we are going to be as big as MSC overnight – and that doesn’t happen, “ said Will Oberton, chairman of Fastenal. He said that business grew more last year than it did in 2013.

“And we’ve grown a very nice size of business. We are doing well with it. We think the upside is great. It’s just hard to grow a business that right now represents just under 10 percent of our total revenue. So it’s a meaningful size business. And it’s hard to grow it more than 20 plus percent year-over-year with the business that big. So we are very committed. And we think we are going to continue to do well in it for a long time.”

Inflation will likely endure as long as companies struggle to keep up with consumers’ prodigious demand.
Nov 11th, 2021
Follow Us
Most Recent