When ID received this interesting figure, we wanted to find out more about why this state experienced such success . . . 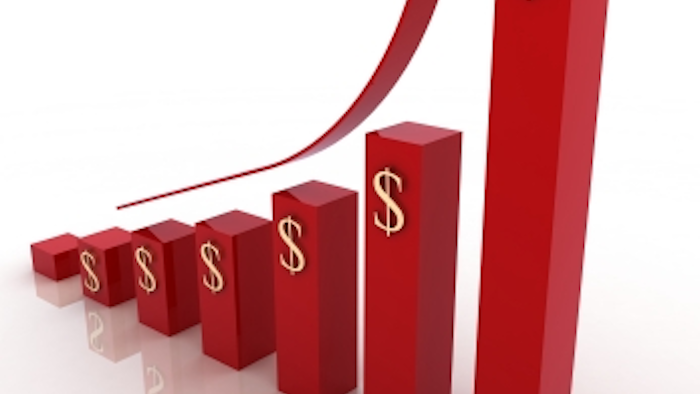 Industrial Distribution got the chance to do a Q&A With Amy Love, Communications Director, SC Department of Commerce concerning this article about their success in boosting their exports and manufacturing sector. The interview with Amy follows the article.

Columbia, S.C. – Gov. Nikki Haley, the South Carolina Department of Commerce and the State Ports Authority today announced the state’s 2011 exports totaled more than $24.6 billion in goods sold to 198 countries around the world. Figures represent a 21.4 percent increase over 2010 totals. In 2011, South Carolina’s 21.4 percent export growth ranked the state 14th in the U.S.

“This is great news for South Carolina. We will continue to work on improving and modernizing our ports system, which plays a key role in bringing companies from around the globe to our great state,” said Gov. Nikki Haley.

“South Carolinians know how to make things – and we ship them the world over. Both Germany and Canada remain very important trade partners for South Carolina, and China is increasingly becoming a strong market for goods made in our state,” said Secretary of Commerce Bobby Hitt.

South Carolina ranked first among U.S. states in tire exports, holding nearly 30% of the share of U.S. made exported tires.

"South Carolina is poised to become the number one tire producing state in the U.S. and the tires that we make here are exported all over the world,” said Pete Selleck, chairman and president, Michelin North America.

Posting a 36 percent increase from 2010, Germany overtook Canada again for the top spot as South Carolina’s number one export market in 2011, purchasing nearly $4 billion in products. Canada was a close second, purchasing more than $3.7 billion in products. China remained at number three in 2011, purchasing more than $3 billion. Rounding out the top 10 export markets in 2011 in order of rank were Mexico at number four, the United Kingdom, Australia, India, Brazil, Japan and Saudi Arabia.

“Exporters in South Carolina's manufacturing and agricultural sectors benefit from access to competitive, deepwater port facilities,” said Jim Newsome, president and CEO of the South Carolina Ports Authority. “Growing our export base is essential to generating jobs in the maritime industry and across the state.”

South Carolina Commerce has also taken an active role in helping the state’s small businesses and homegrown companies reach markets outside the U.S.

“The South Carolina Department of Commerce has raised the profile of our state and thereby lifted all its companies. With our highway and port infrastructure, our valuable timber commodity base and most importantly our Commerce Department's unprecedented passion for growth, our family business took a leap of faith to explore export opportunities and have been richly rewarded as such,” said Michael Johnson, CEO of Orangeburg-based Cox Industries.

About S.C. Department of Commerce

Industrial Distribution got the chance to do a Q&A With Amy Love, Communications Director, SC Department of Commerce. Here is what she had to say about South Carolina's recent succes.

ID: The article that you sent to us mentions that SC experienced a 21.4 percent increase in experts over 2010’s figures. To what does SC owe this explosive growth?

Amy: Many U.S. states saw growth in exports in 2010, which indicates trends nationally. South Carolina is a state with a solid location for exports.  We ranked number one in export of tires and automotive, so that points to where much of the growth comes from.

ID: What are you specifically doing as a department to encourage more exports?

South Carolina is hosting an international trade conference May 20-22 in Myrtle Beach, South Carolina, where more than 300 Canadian and U.S. business and government leaders will join the Governor to build on U.S.-Southeast-Canadian relations and business opportunities.

Historically, South Carolina has collaborated with export assistance organizations in the state and on the federal level, and formed the South Carolina International Trade Coalition a few years ago to strengthen those relationships.

ID: In order to be an exporting state, there has to first be a product to export. What have you been doing to encourage the production of goods within South Carolina’s borders, specifically in the manufacturing sector?

ID: What kinds of companies have you been targeting and how have you gotten them to come to your state? What incentives have you offered, or what makes SC an ideal location for these businesses?

Amy: Automotive and aviation are strong sectors in South Carolina, and we know how important a strong Transportation, Distribution and Logistics industry is to our overall economy. Commerce is part of a statewide initiative to coordinating strategic planning efforts for our state’s highway and rail system.

ID: SC is unique in that it is a southern state on the ocean, with abundant shoreline for port cities and year-round warmer weather to maximize those ports all four seasons.  A state like South Dakota can’t do that, or even Maine with its blustery winters. Do you think this strategic location has attributed to your success?

Amy: South Carolina’s strategic location is definitely part of our advantage. Our state is a mere two days’ drive from nearly two-thirds of the U.S. population. This includes all major East Coast markets, plus Detroit, Chicago and Dallas. South Carolina is crisscrossed by five interstate highways. The Port of Charleston has been at the center of global commerce and trade for three centuries. Being located on the coast gives South Carolina businesses competitive edge in pricing because they can easily ship product.

ID: SC seems to have three major export audiences: Germany, Canada, and China. Why these three? Were they markets that SC sought out?

Amy: South Carolina has had a strong presence in the European markets for a long time. With offices in Germany and China, South Carolina has established good business relations across borders. Success breeds success, so when an international company like BMW decides to do business here and is successful, others like Continental Tire follow.

ID: According to the article, South Carolina has now surpassed Michigan to be the number one exporter of automobiles. How? What companies are building in SC and why?

Amy: South Carolina ranked first among U.S. states in auto and tire exports, holding nearly 30% of the share of U.S. made exported tires. BMW export values surged past $7 billion in 2011, and they are the largest U.S. automotive exporter to the world.