Chevron to Take $10B+ Write-down

The company says lower long-term prices for oil and natural gas will reduce the value of its assets. 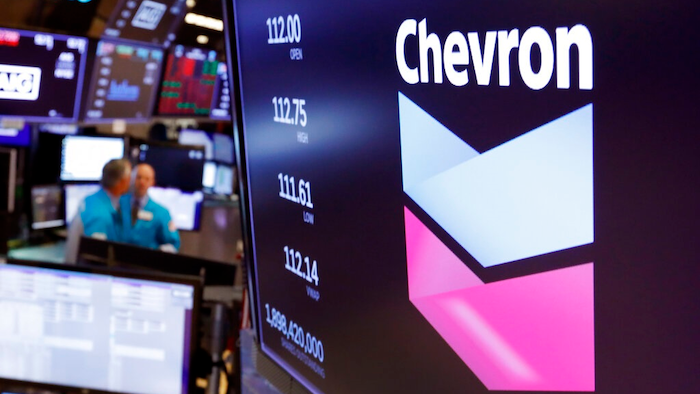 SAN RAMON, Calif. (AP) — Chevron Corp. said Tuesday it will book a charge of at least $10 billion because lower long-term prices for oil and natural gas will reduce the value of its assets.

More than half the write-down is related to gas drilling operations in Appalachia.

The huge fourth-quarter write-down — between $10 billion and $11 billion — underscores the challenge posed by rising production that has prevented energy prices from increasing sharply during a time of increasing global demand.

Chevron said it will reduce spending on some investments including Appalachian shale, a liquefied gas terminal in British Columbia, and other international projects. The company said it is evaluating options including selling those assets.

The San Ramon, California-based company disclosed the estimated charge as it announced that capital and exploration spending next year will be held flat at $20 billion. Chevron will focus on operations in the Permian Basin of west Texas and New Mexico, a big project in Kazakhstan, and deepwater drilling opportunities in the Gulf of Mexico.

Chairman and CEO Michael Wirth said the company must invest in its best assets.

“With capital discipline and a conservative outlook comes the responsibility to make the tough choices necessary to deliver higher cash returns to our shareholders over the long term,” he said in a statement.

In trading before the announcement, Chevron shares rose 59 cents to close at $117.89. They were little changed after nearly an hour of extended trading.

Chevron, Exxon Mobil and other major oil companies have come under increasing pressure in recent years to measure how policies to cut carbon emissions will affect their business. At the same time, techniques such as hydraulic fracturing and horizontal drilling that were pioneered in U.S. shale fields have boosted production and undercut prices, even when OPEC and its allies have tried to limit output.

Earlier this month, Spain’s Repsol took a write-down of 4.8 billion euros ($5.3 billion) to its oil and gas assets as it promised to reduce carbon emissions from its operations and products. In late October, BP took a $2.6 billion charge after the London-based company sold some U.S. assets — part of a $10 billion divestment plan — at lower-than-expected prices.

Until Wednesday, it was the last 2020 industrial products convention/expo still on as scheduled.
Jul 15th, 2020
Follow Us
Most Recent