A sharp increase pushed the index to its highest level since April.

WASHINGTON (AP) — The confidence of American consumers rebounded this month to end the year on a high note despite rising interest rates that have made credit cards and mortgages more expensive, and growing anxiety about a possible recession.

The Conference Board reported Wednesday that its consumer confidence index rose to 108.3 in December, up from 101.4 in November. It's a sharp rebound, pushing the index to its highest level since April. Last month's figure was the lowest since July.

The business research group's present situation index — which measures consumers' assessment of current business and labor market conditions — also rose, to 147.2 this month from 138.3 in November.

The board's expectations index — a measure of consumers' six-month outlook for income, business and labor conditions -- rose to 82.4 from 76.7. Readings near or below 80 are associated with recession.

Getting a clear read on recent consumer behavior has been tricky.

The government reported last week that Americans cut back sharply on retail spending in November as the holiday shopping season began. High prices and rising interest rates are forcing families, particularly lower income households, to make harder decisions about what they buy.

Retail sales fell 0.6% from October to November after a sharp 1.3% rise the previous month. However, Americans opened their wallets on Black Friday and over the post-Thanksgiving weekend. Spending on Black Friday jumped 12% compared with a year ago, according to MasterCard Spending Pulse, though that figure is not adjusted for inflation.

And on so-called "Cyber Monday" earlier this week Americans boosted their online spending by 5.8% from a year earlier, Adobe Analytics said.=

Americans have been resilient in their spending since inflation first began to spike almost 18 months ago, but the capacity to maintain that pace during a period of high inflation may have begun to ebb. Inflation has retreated from the four-decade high it reached this summer but remains elevated, enough to erode the spending power of Americans. Prices were 7.1% higher in November than they were a year ago.

A rising number of households are stepping up their use of credit cards — or "buy now, pay later" plans as prices rise, and that can't continue indefinitely.

Americans are also dipping into savings, which rose sharply during the pandemic as government stimulus checks and the postponement of spending on travel and entertainment fattened bank accounts.

The numbers are the latest evidence that interest rate hikes are slowing the economy.
January 27, 2023

The economy got a boost last quarter from resilient consumer spending and the restocking of supplies by businesses.
January 26, 2023 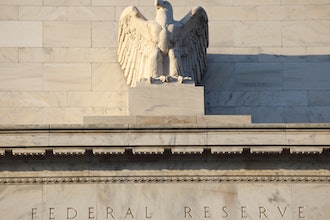