Employers, who continue to struggle to attract and retain workers, are expected to keep layoffs to a minimum. 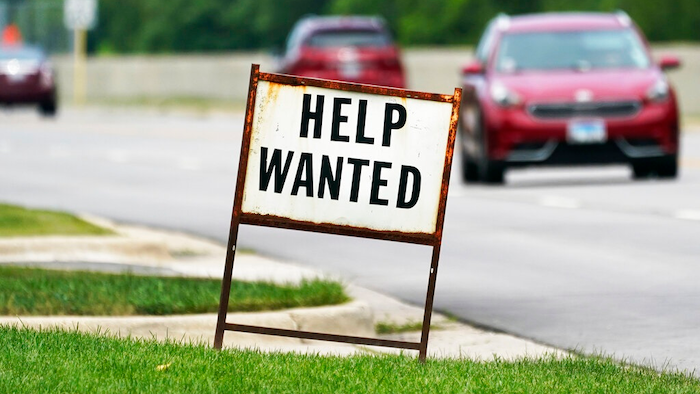 “Claims are still at very low levels, underscoring historically tight labor market conditions,'' said Nancy Vanden Houten, lead U.S. economist at Oxford Economics. “We expect initial claims to remain below (200,000) in the weeks ahead, as employers, who continue to struggle to attract and retain workers, will keep layoffs to a minimum.''

Two years after the coronavirus pandemic sent the economy into a brief but devastating recession, American workers are enjoying extraordinary job security. Weekly applications for unemployment aid, a proxy for layoffs, have remained consistently below the pre-pandemic level of 225,000.

Last year, employers added a record 6.7 million jobs, and they've added an average of 560,000 more each month so far in 2022. The unemployment rate, which soared to 14.7% in April 2020 in the depths of the COVID-19 recession, is now just 3.6%, barely above the lowest point in 50 years. And there is a record proportion of 1.7 job openings for every unemployed American.

The resilience of the job market and the overall U.S. economy is striking in light of a still-destructive pandemic, the economic consequences of Russia’s war against Ukraine and the highest consumer inflation in 40 years.

Fewer than 1.48 million Americans were collecting traditional unemployment benefits in the week of April 2.