The chairman of the Association for Manufacturing Technology said, "It is clear that the climb to better sales volumes will be extended and bumpy.” 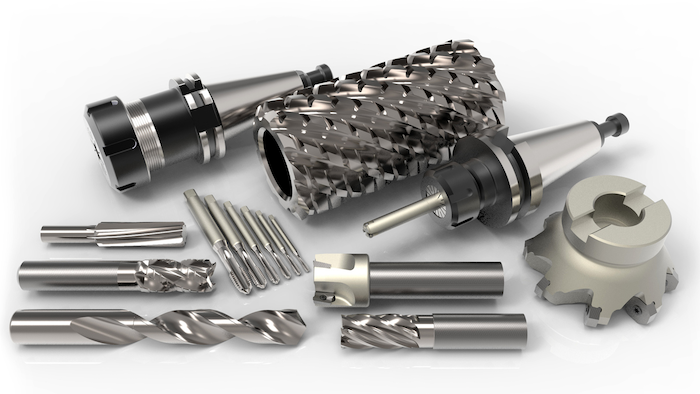 2020 U.S. cutting tool consumption totaled $137.8 million, according to the U.S. Cutting Tool Institute (USCTI) and the Association For Manufacturing Technology (AMT). This total, as reported by companies participating in the Cutting Tool Market Report collaboration, was down 8.5 percent from June's $150.6 million and down 30.6 percent when compared with the $198.5 million reported for July 2019. With a year-to-date total of $1.1 billion, 2020 is down 21.2 percent when compared with July 2019.

According to Brad Lawton, Chairman of AMT’s Cutting Tool Product Group, “The July data shows a slight decline as the cutting tool industry’s major customers have returned to work from the pandemic shutdown. This is likely due to customers seeking to deplete existing tool inventories and adjust to the uncertainty of domestic and global markets before placing new orders. It is clear that the climb to better sales volumes will be extended and bumpy.”

"Given the ongoing disruption to the U.S. economy as a result of the COVID-19 pandemic, it's not surprising that U.S. manufacturing technology orders continue to be battered, with monthly totals for April through July down compared with the total for December 2019," said Alan Richter, editor-at-large for Cutting Tool Engineering, adding that December typically has the lowest total of any year. "The necessary canceling of major events that generate significant machine tool sales, such as IMTS, only added to the downturn." 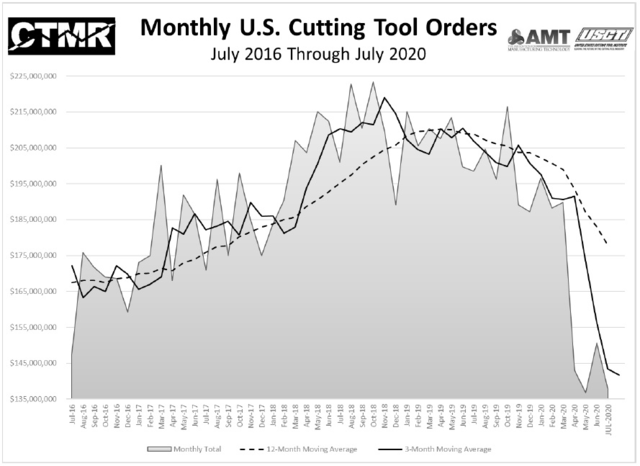