One month after sinking to the lowest reading in its 9-year history, the FDI jumped back into expansion territory last month. 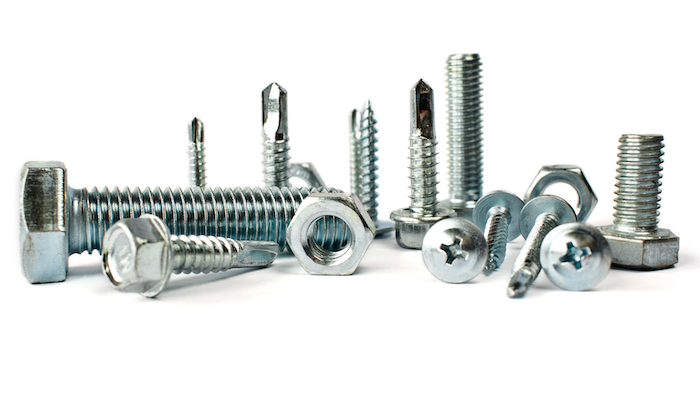 The FDI — operated by FCH in partnership with R.W. Baird — showed that January registered a seasonally-adjusted reading of 51.4, jumping 6.7 points from December and back into expansion territory. December's mark of 44.4 was the lowest reading since the FDI's inception in January 2012.

The index had declined in three straight months following a recent high water mark of 56.0 in September 2019 before January's big jump. It essentially correlated with a slide in the Institute of Supply Management's monthly Manufacturing Purchasing Managers Index (PMI), which declined in five of the six months since June 2019 and was in contraction territory in November and December before rebounding with a 50.9 January reading.

The FDI's forward-looking-indicator (FLI) — which measures distributor respondents' expectations for future fastener market conditions — had a healthy 4.7-point gain in January to an expansion mark of 50.9. It was the FLI's first expansion reading since April 2019.

The FDI had been in expansion territory for 20 consecutive months before dipping to 48.3 this past June, recovering over the summer to a peak of 56.0 in September before declining each month since until January.

In January's FDI, the seasonally-adjusted sales index jumped 15.1 points to a break-even mark of 50.0. In other January metrics:

Despite the overall solid improvement for the FDI's January figures, Manthey noted that respondent commentary still skewed negative overall. Manthey noted that while trends were on a balance better-than-expected for a majority of respondents, qualitive survey feedback still suggested a fairly muted demand environment. 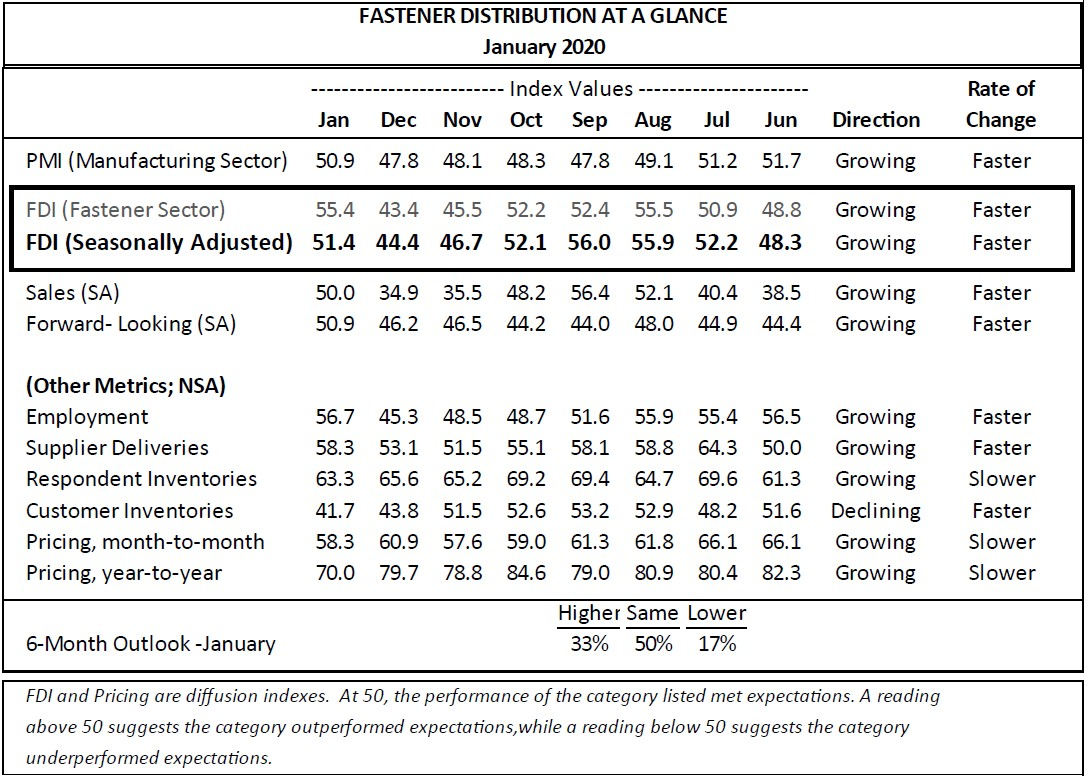