US Construction Spending Falls 0.8% in October

The month's totals were dragged down by declines in apartment and multi-family homebuilding. 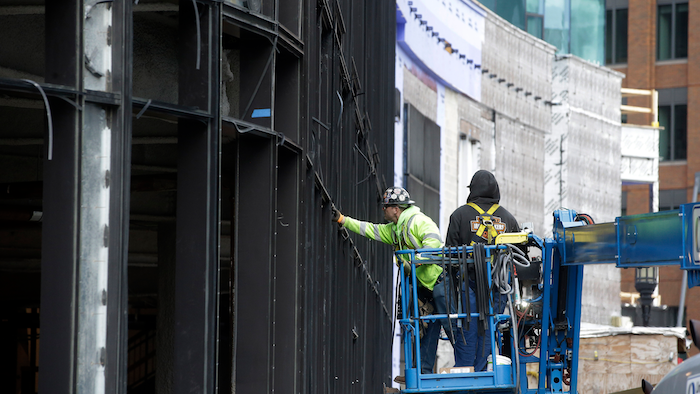 In this Nov. 27, 2019 photo, workers use a lift while working on a new building in Boston's Seaport district.
AP Photo/Steven Senne

WASHINGTON (AP) — Spending on U.S. construction projects fell 0.8% in October, dragged down by declines in apartment and multi-family homebuilding.

The Commerce Department said Monday that private construction spending declined 1% in October, which follows another significant 1.1% decline in September.

Spending on single-family home construction increased 1.6%, helping to offset some of the losses elsewhere in the private construction category during October.

October’s overall decline follows a downward revision of September’s number from a 0.5% increase to a 0.3% decline.

During the first 10 months of 2019, overall construction after adjusting for seasonal variations came in at an annual rate of $1.09 trillion in October, down 1.7% from a year ago.