The number of homes being built in December plunged to the lowest level in more than two years, a possible sign that developers are anticipating fewer new houses to be sold this year.

The Commerce Department said Tuesday that housing starts fell 11.2 percent in December from the previous month to a seasonally adjusted annual rate 1.08 million. This is the slowest pace of construction since September 2016.

Over the past 12 months, housing starts have tumbled 10.2 percent. December's decline occurred for single-family houses and apartment buildings. Builders have pulled back as higher prices have caused home sales to slump, suggesting that affordability challenges have caused the pool of would-be buyers and renters to dwindle.

The housing market initially cooled last year as average, 30-year mortgage rates climbed to nearly 5 percent. But that average has fallen sharply in recent weeks, which might help boost some home purchases in 2019. Still, home prices have consistently risen faster than wages and the inventory of homes listed for $250,000 or less is tight, suggesting a sluggish market going forward. 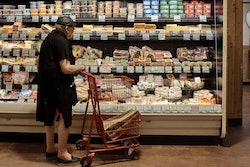