Facing a March deadline, talks aimed at ending a trade war between China and the U.S. are underway, with the world's two biggest economies expressing optimism over the potential for progress but neither indicating its stance has changed. 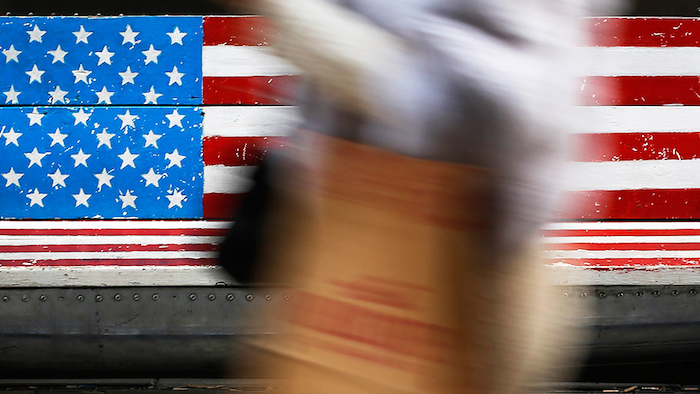 BEIJING — Facing a March deadline, talks aimed at ending a trade war between China and the U.S. are underway, with the world's two biggest economies expressing optimism over the potential for progress but neither indicating its stance has changed.

Cooling economic growth in both countries is increasing pressure to reach a settlement.

As the talks began Monday at the Chinese Commerce Ministry, Beijing complained about a U.S. warship in what it said were Chinese waters, but it was unclear if that would disrupt the proceedings. Both sides have provided scant information about their discussions.

The talks went ahead despite tensions over the arrest of a Chinese tech executive in Canada on U.S. charges related to possible violations of trade sanctions against Iran. The American delegation is led by a deputy U.S. trade representative, Jeffrey D. Gerrish, and includes agriculture, energy, commerce, treasury and State Department officials.

President Donald Trump imposed tariff increases of up to 25 percent on $250 billion of Chinese imports over complaints Beijing steals or pressures companies to hand over technology. President Xi Jinping responded by imposing penalties on $110 billion of American goods, slowing customs clearance for U.S. companies and suspending issuing licenses in finance and other businesses.

A Dec. 1 agreement postponed further tariff increases. Economists say the 90-day postponement of additional tariff increases that had been meant to take effect Jan. 1 may be too short to settle the disputes bedeviling U.S.-Chinese relations.

Chinese growth fell to a post-global crisis low of 6.5 percent in the quarter ending in September. Auto sales tumbled 16 percent in November over a year earlier. Weak real estate sales are forcing developers to cut prices.

The U.S. economy grew at an annual rate of 3.4 percent in the third quarter, and unemployment is at a five-decade low. But surveys show consumer confidence is weakening because of concern that growth will slow this year.

The standoff also reflects American anxiety about China's rise as a potential competitor in telecommunications and other technology. Trump wants Beijing to roll back initiatives intended to create homegrown Chinese leaders in robotics and artificial intelligence.

China's leaders see such strategies as a path to greater prosperity and global influence and have tried to defuse complaints by emphasizing the country's potential as a huge consumer market.

They've also promised to allow more foreign access to its auto, finance and other industries.

Beijing has tried in vain to recruit France, Germany, South Korea and other governments as allies against Trump, but they have echoed U.S. complaints about Chinese industrial policy and market barriers.

The European Union filed its own challenge in the World Trade Organization in June against Chinese rules that the 28-nation trade bloc said hamper the ability of foreign companies to protect and profit from their own technology.

For their part, Chinese officials are unhappy with U.S. curbs on exports of "dual use" technology with possible military applications. They complain China's companies are treated unfairly in national security reviews of proposed corporate acquisitions, though almost all deals are approved unchanged.

With talks expected to move into a second day Tuesday, it's not clear whether the flap over the warship might throw them off track.

Ministry spokesman Lu Kang said Monday that Chinese military aircraft and naval vessels were dispatched to identify the U.S. vessel and warn it to leave the area near disputed islands in the South China Sea.

"We have made stern complaints with the U.S.," Lu said. "As for whether this move has any impact to the ongoing China-U.S. trade consultations... to properly resolve existing issues of all kinds between China and the U.S. is good for the two countries and the world." But he added, "The two sides both have responsibility to create necessary and good atmosphere to this end."