Global shares rose Wednesday amid hopes for progress in U.S.-China trade talks while U.K. markets took in stride the news that British Prime Minister Theresa May will face a no-confidence vote among her party's lawmakers later. 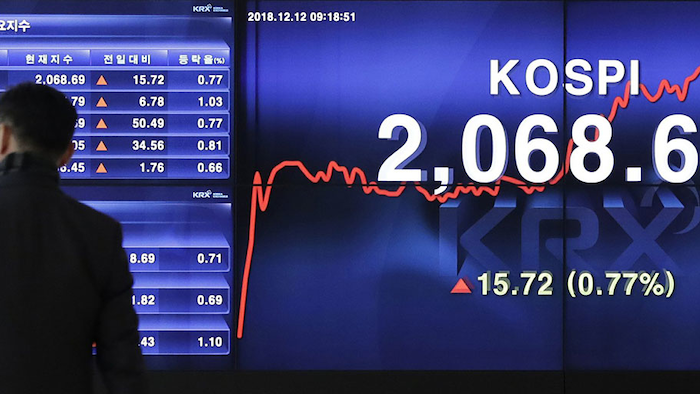 Global shares rose Wednesday amid hopes for progress in U.S.-China trade talks while U.K. markets took in stride the news that British Prime Minister Theresa May will face a no-confidence vote among her party's lawmakers later.

TRADE TALKS: Recent media reports say China has agreed to reduce tariffs on U.S. autos. That has raised hopes the two countries can make progress on their trade dispute. Investors worry that weaker global trade would dent economic growth and corporate profits around the world.

ANALYST TAKE: "Global markets are on the rise, as an improved U.S.-China trade outlook helps drive optimism," said Joshua Mahony, market analyst at IG. "The Chinese decision to cut tariffs on US car imports is likely to be the beginning of a wider package of measures aimed at opening up trade pathways between the world's two largest economies."

UK POLITICS: A scheduled no-confidence vote in British Prime Minister Theresa May Wednesday threw U.K. politics deeper into crisis and Brexit further into doubt. The threat to May has been building as pro-Brexit lawmakers within the Conservative Party grew increasingly frustrated with May's conduct of Brexit and the divorce deal she has agreed with the European Union. Despite the uncertainty, the pound was firm, making up some lost ground, rising 0.8 percent at $1.2587.

THE QUOTE: "Should May survive this contest by a sizeable margin then it will likely serve to embolden her position and could well spark a recovery in the pound following the recent declines," said David Cheetham, chief market analyst at XTB.

ENERGY: Benchmark U.S. crude oil advanced 92 cents to $52.57 a barrel in electronic trading on the New York Mercantile Exchange. Brent crude, the international standard, gained was up 99 cents at $61.19 per barrel.