China Says Talks With U.S. on Trade Battle Have Resumed

Washington and Beijing have resumed talks over their spiraling trade dispute ahead of a meeting between Presidents Xi Jinping and Donald Trump, China's Commerce Ministry said Thursday. 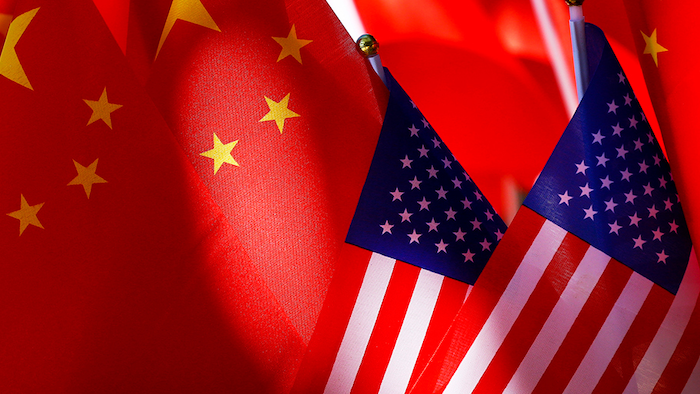 BEIJING — Washington and Beijing have resumed talks over their spiraling trade dispute ahead of a meeting between Presidents Xi Jinping and Donald Trump, China's Commerce Ministry said Thursday.

The two sides are "maintaining close contact" following a Nov. 1 phone call between Xi and Trump, said ministry spokesman Gao Feng. He gave no details of the content of the talks or which officials were conducting them.

The two governments have raised tariffs on billions of dollars of each other's goods in a dispute over Beijing's technology policy.

"High-level contacts between the two sides on economics and trade have resumed following the Nov. 1 conversation between the Chinese and American heads of state," said Gao. "The work team is maintaining close contact to earnestly implement the consensus reached by the two heads of state."

Xi and Trump are due to meet this month at a gathering of the Group of 20 major economies in Argentina.

China's leaders agreed earlier to narrow their country's politically sensitive trade surplus with the United States but have rejected pressure to roll back plans for state-led development of Chinese champions in robotics and other industries.

Washington, Europe and other trading partners say those plans violate Beijing's market-opening obligations, but Chinese leaders see them as a route to prosperity and global influence.

Beijing responded with penalty duties on $110 billion of American goods, but their lopsided trade balance means China is running out of imports for retaliation. Regulators have expanded their pressure by slowing down customs clearance for U.S. companies and postponing issuing licenses in finance and other industries.

Chinese exports to the United States have held up despite the tariffs, rising more than 13 percent over a year earlier each month since the first increases in July. Economists say that is partly due to exporters rushing to fill orders before a new increase takes effect in January, but U.S. demand should decline next year.

Vice President Mike Pence told The Washington Post newspaper the U.S. could make deals with China at the G-20 but Beijing must offer concessions on technology transfer, theft of intellectual property and other issues.

A foreign ministry spokeswoman said Thursday it wasn't clear whether Pence expressed the Trump administration's position or his personal opinion.

Washington should "respect China's sovereignty, security and development interest, as well as the path of development chosen by the Chinese people," said the spokeswoman, Hua Chunying.