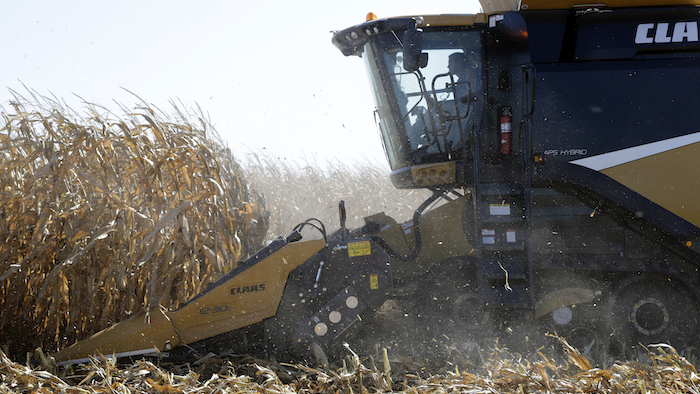 The Labor Department said Wednesday that its producer price index — which measures inflation before it reaches consumers — rose 2.6 percent compared with a year earlier, the smallest increase since January. Wholesale prices rose in September after two months of flat or declining readings.

Excluding the volatile food and energy categories, core wholesale prices rose 0.2 percent in September and 2.5 percent from a year earlier.

Inflation has crept higher this year, eroding the value of Americans' paychecks. Yet core prices remain close to the Federal Reserve's target of 2 percent and have yet to show signs of rapid acceleration.

There were some signs of rising costs in Wednesday's report: Transportation and warehousing prices rose 1.8 percent, the largest monthly gain in nearly nine years. The increase was mostly driven by higher wholesale prices for airline tickets, which jumped 5.5 percent, the biggest increase in a decade.

The Federal Reserve is keeping a close eye on price changes as it monitors the economy for signs of overheating. The unemployment rate fell to a 49-year low of 3.7 percent last month, which could spur greater wage increases in the coming months. Companies may then have to raise prices to offset the costs of higher pay.

So far, there is only limited evidence that such a trend is emerging. Average hourly pay has picked up but is still increasing at a modest pace. The Fed's preferred inflation gauge increased just 2.2 percent in August, the latest data available, down slightly from a 2.3 percent annual gain the previous month.