The Federal Reserve's latest survey of business conditions found manufacturing activity accelerating in many parts of the country in late April and early May, even as some businesses expressed concern about uncertainty caused by rising trade tensions. 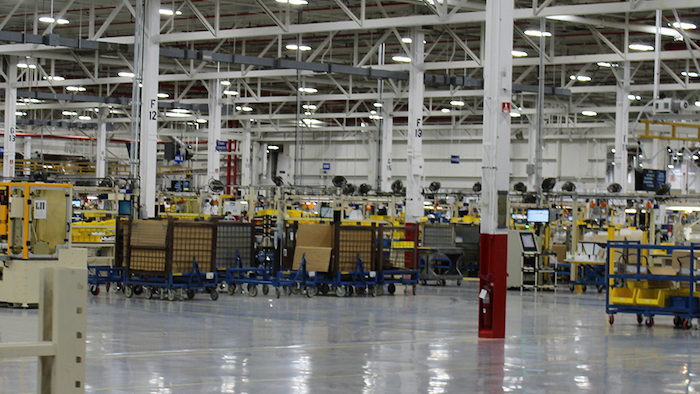 WASHINGTON (AP) — The Federal Reserve's latest survey of business conditions found manufacturing activity accelerating in many parts of the country in late April and early May, even as some businesses expressed concern about uncertainty caused by rising trade tensions.

The Fed said in the survey released Wednesday that the economy is expanding at a moderate pace. More than half of the central bank's 12 regions reported a pickup in industrial activity and a third of the districts described manufacturing conditions as "strong."

The survey was taken after the Trump administration announced plans to institute tariffs of 25 percent on steel imports and 10 percent on aluminum, actions designed to boost domestic producers.

It will inform discussions when the central bank meets on June 12-13. Economists believe the central bank will boost rates for a second time this year as the Fed gradually pushes its benchmark rate higher.

The administration in March imposed punitive tariffs on steel and aluminum imports on the grounds of national security. It granted temporary exemptions to the European Union, Canada and Mexico — but that reprieve is scheduled to end Friday.

The Fed survey, known as the beige book, found that among the manufacturing sectors reporting new strength were fabricated metals, heavy industrial machinery and electronics equipment. Fabricated metals in particular would be a prime beneficiary of higher tariffs on imported steel and aluminum.

The survey said while the outlook for near-term growth is upbeat, businesses did express concern about uncertainty being increased by the administration's actions in trade policy. Many economists have also expressed concern that the higher tariffs on imported goods could boost inflation in this country and act as a drag on growth.

The beige book noted prices in general are rising at a moderate pace although there were reports of rising materials costs, notably for steel, aluminum, oil, lumber and cement.

Ksenia Bushmeneva, an economist at TD Economics, said trade tariffs are already having an impact on raw materials costs, with lumber prices up 35 percent since the start of the year and the price of steel, used in autos and many other products, up 40 percent.

"At the end of the day, American consumers will pick up the bill as companies are increasingly passing higher costs on to consumers," Bushmeneva said.