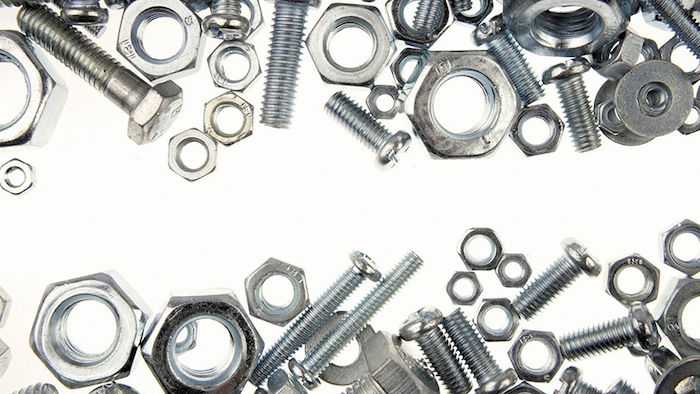 For all indexes, any reading above 50 indicates expansion, while any reading below 50 indicates contraction. So while April's 57.4 mark is still in solid expansion territory, there's been a notable slowdown in recent months.

The FDI's Forward-Looking-Indicator — aimed to provide a directional perspective on future expectations for fastener market conditions — likewise showed a seasonally-adjusted April mark of 58.9, down a point from March.

According to the FDI, 56 percent of respondents indicated sales were better relative to seasonal expectations, compared to 64 percent in March. The FDI's seasonally-adjusted sales index of 63.0 in April was another decline from 70.1 in March; 74.2 in February; and 82.0 in January; indicating weakened selling conditions.

Looking at other FDI metrics in April :

"Qualitative commentary on market conditions was very positive regarding demand, while steel tariff impacts remain a topic of heavy discussion among respondents," the FDI said. "The six-month outlook remains strong overall, while the Forward-Looking Indicator was down slightly m/m but still very healthy at 58.9." 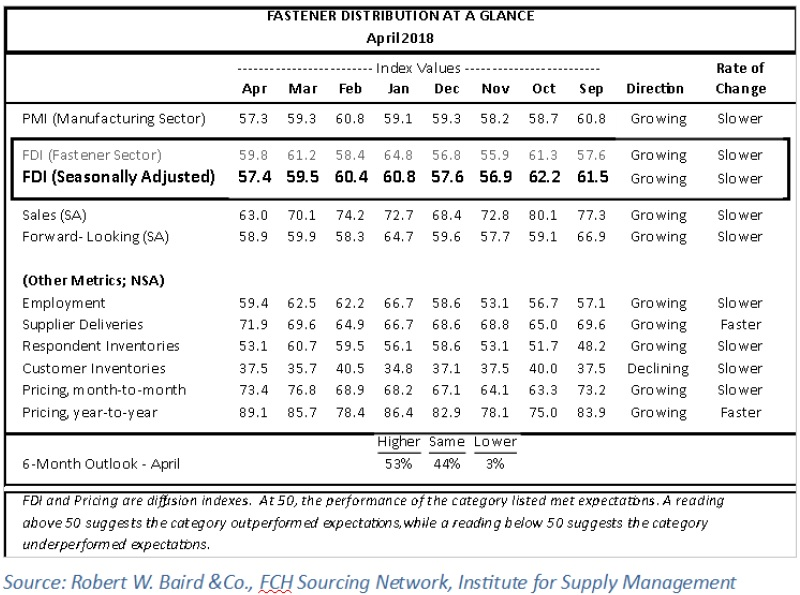