Both ISA's Distributor and Manufacturer Indexes jumped more than 10 points in August after two months of decline, with the Distributor Index reaching its highest mark in nearly three years.

Following two straight months of decline, distributor and supplier members in the Industrial Supply Association experienced major growth during August that corresponds with a considerable jump in that month's Purchasing Managers Index from the Institute of Supply Management (ISM).

Those increases follow a considerable 2.5-point jump in ISM's August PMI to a reading of 58.8. The PMI is widely considered a good indicator of the overall manufacturing economy and has much smaller month-to-month fluctuations than ISA's indexes. It was the highest PMI reading since April 2011's mark of 58.9.

For all three indexes, a reading above 50 indicates expansion, while anything below 50 indicates contraction. Thus, both ISA indexes show continued expansion for the industrial supply market, and at a considerably faster rate than the past couple months. Combined with the PMI, the broader aspect is that the indexes show U.S. industrial manufacturing is on solid footing following the 2015-2016 downturn. 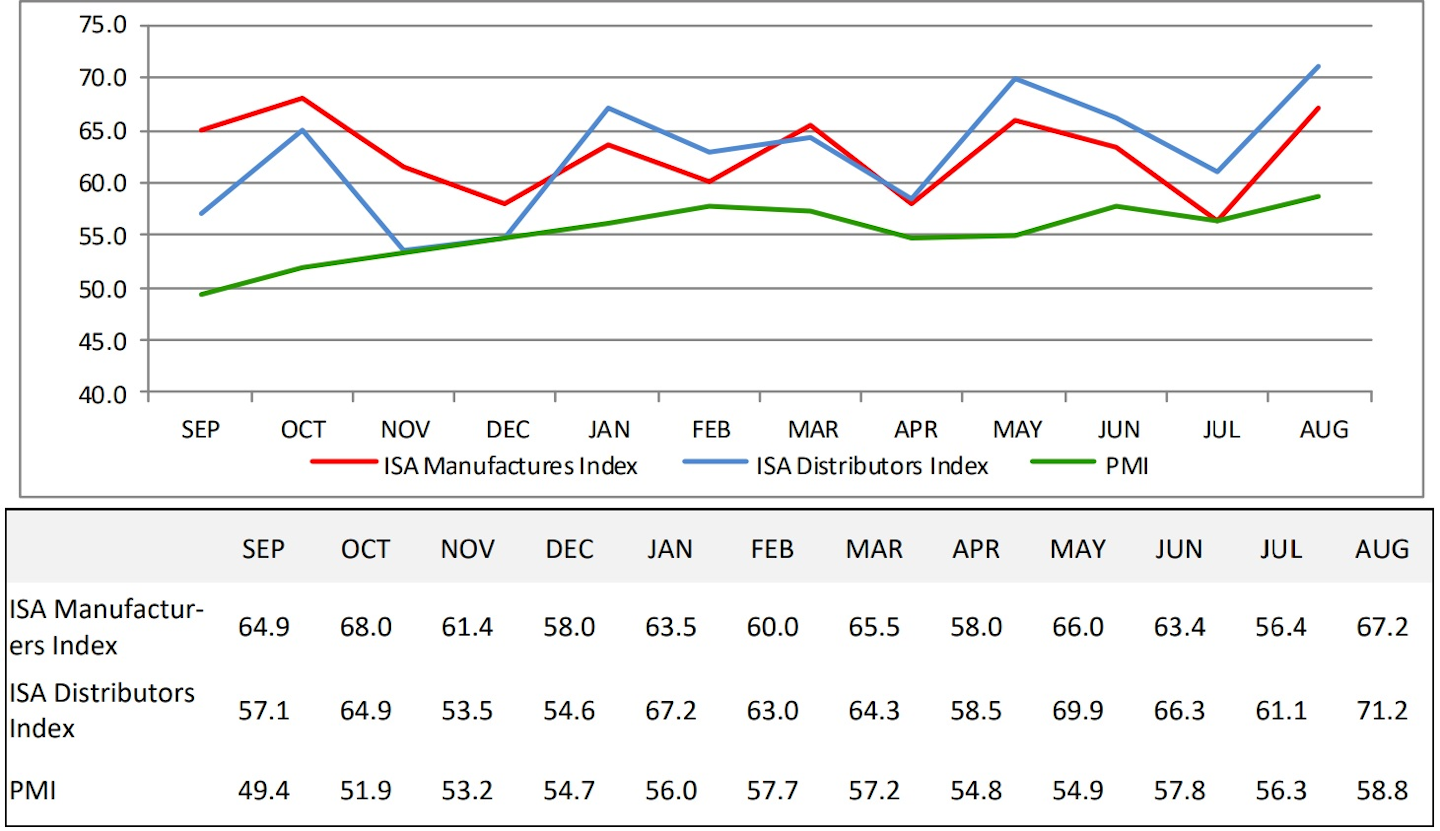 In the Distributors Index, the following three factors returned to growth: 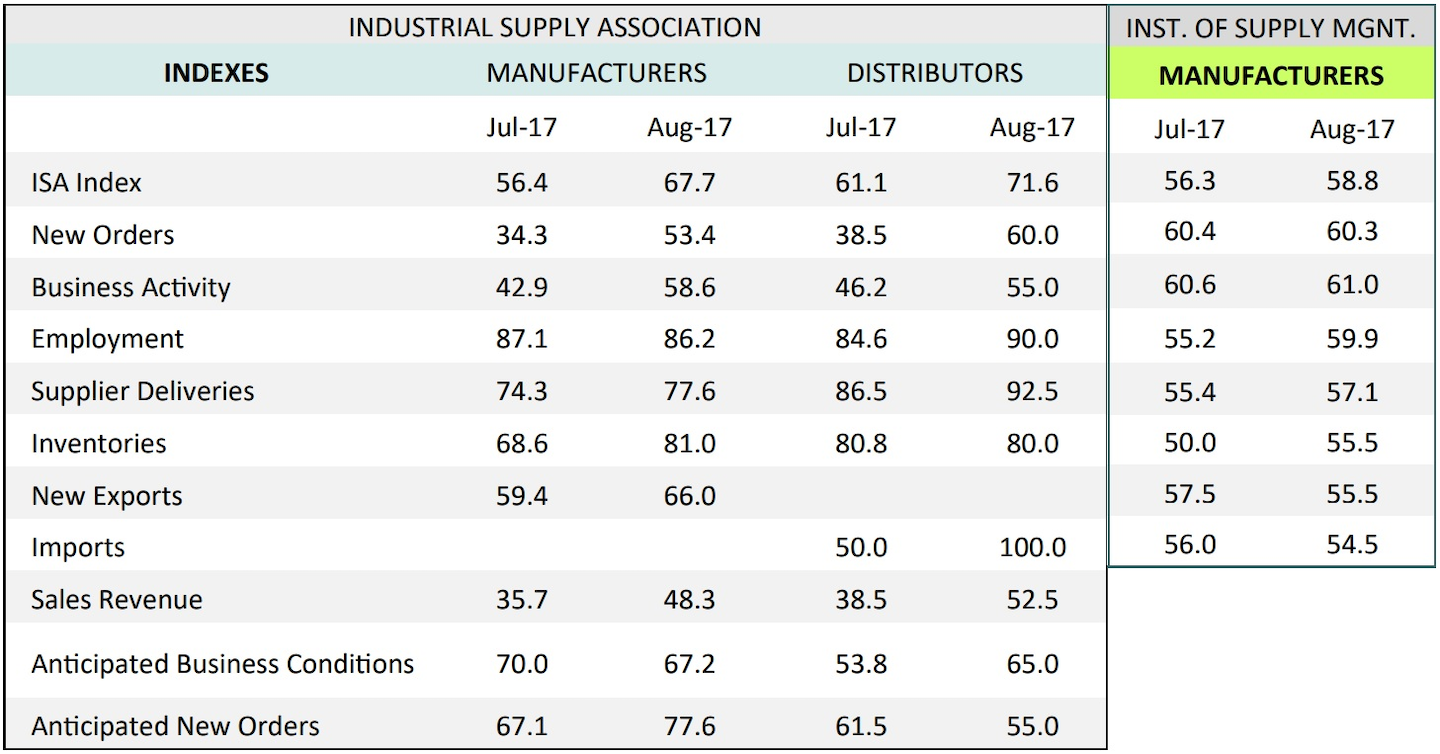