U.S. wholesale businesses posted a modest gain in their stockpiles in September as sales rebounded from a big decline the previous month. 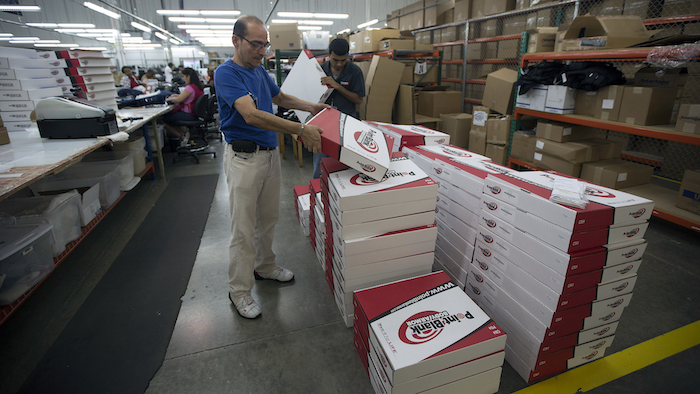 WASHINGTON (AP) — U.S. wholesale businesses posted a modest gain in their stockpiles in September as sales rebounded from a big decline the previous month.

The big August setback in sales may have made businesses more cautious about restocking their shelves until they see more evidence of rising demand. When companies add goods to their stockpiles it typically reflects optimism about future demand.

But if businesses are cutting back on inventory rebuilding, it can be a sign of concern about future sales. Swings in inventories can have a big impact on overall economic growth.

The inventory increase reflected a 0.8 percent rise in stockpiles of durable goods with auto inventories rising 1.2 percent and furniture up 1.5 percent. Inventories on non-durable goods fell 0.6 percent with declines in a number of areas, led by a 5.3 percent drop in petroleum, a drop that reflected falling energy prices.

The economy posted a healthy growth rate of 3.5 percent in the July-September period, and many economists believe growth will remain at a solid pace around 3 percent in the current October-December quarter and for all of next year.

The optimism is based in part on the sustained gains that have been made in hiring and in driving the unemployment rate lower. The jobless rate fell to 5.8 percent for October, the lowest point in more than six years.