Employers reportedly are expected to have added 230,000 jobs in October, so why aren't Americans more cheerful? 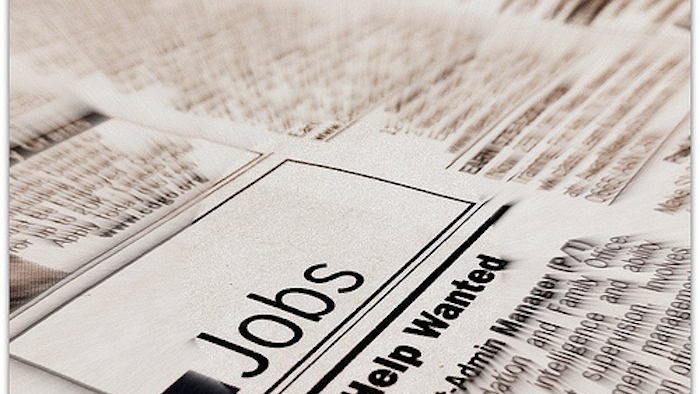 Just after a midterm election that was driven by voters' anxiety about the U.S. economy, the government is likely Friday to report the latest strong monthly job gain.

Employers are expected to have added 230,000 jobs in October, according to economists surveyed by FactSet. That would be in line with this year's average monthly gain of 227,000, the best since 1999.

The unemployment rate is forecast to remain at a six-year low of 5.9 percent.

The healthy job growth has highlighted a contradiction laid bare by Tuesday's election results: According to most broad measures, the economy is improving steadily and nearing full health. Yet most Americans say they remain anxious about it.

That view was evident in Tuesday's exit poll results. Nearly 60 percent of voters said they thought the economy was stagnating or worsening. Only one-third saw it as improving.

Those views took hold even as employers have been adding steadily more jobs and the economy has been expanding at a healthy pace.

The picture has improved enough that the Federal Reserve announced last month that it was ending its bond purchase program, which had been intended to lower interest rates and stimulate economic growth.

So why aren't Americans more cheerful?

Analysts point to several factors. Better hiring and growth have barely boosted paychecks for the vast majority of earners. Adjusted for inflation, average hourly pay rose just 0.3 percent over the 12 months that ended in September, according to government data.

And what wage gains have occurred have benefited mainly the wealthiest. Average income grew 10 percent from 2010 through 2013 for the wealthiest one-tenth of Americans, after adjusting for inflation, according to the Fed. For everyone else, incomes stagnated or declined.

In addition, the pickup in hiring still hasn't been enough to fully repair the recession's damage, Vitner points out. There are 2.2 million fewer people with full-time jobs than in December 2007, when the recession officially began. Over the same time, the ranks of part-time workers have grown by 2.5 million, many of whom want full-time jobs.

Further job gains may eventually reverse some of those trends.

Payroll processor ADP estimated Wednesday that private businesses added 230,000 jobs in October, the most in four months. And last month, the average number of people who applied for unemployment benefits each week reached a 14-year low.

Applications for unemployment aid reflect layoffs, so the dwindling number indicates that companies are cutting few jobs. That suggests they are confident that their customer demand will pick up.

Analysts say the economic expansion is strong enough to support the current pace of hiring. Over the past six months, the economy has grown at a 4.1 percent annual rate.

U.S. manufacturers are expanding at the fastest pace in three years, according to a survey by the Institute for Supply Management, a trade group. A measure of new orders showed that factory output will likely continue to grow in coming months. A separate survey by the ISM found that retailers, restaurants and other service companies grew at a healthy pace last month.

Home sales rose in September at their fastest rate this year, a sign that housing could pick up after a sluggish performance for most of this year.

Still, faltering global growth could create trouble for the U.S. economy in the months ahead. Exports fell in September, the government said this week, widening the trade deficit. That led many economists to shave their predictions of economic growth in the July-September quarter to an annual rate of 3 percent or less, down from the government's initial estimate of 3.5 percent.