PwC's most recent Manufacturing Barometer showed that industrial manufacturers aren't just hunkering down, but rather are investing wisely while conserving liquidity. 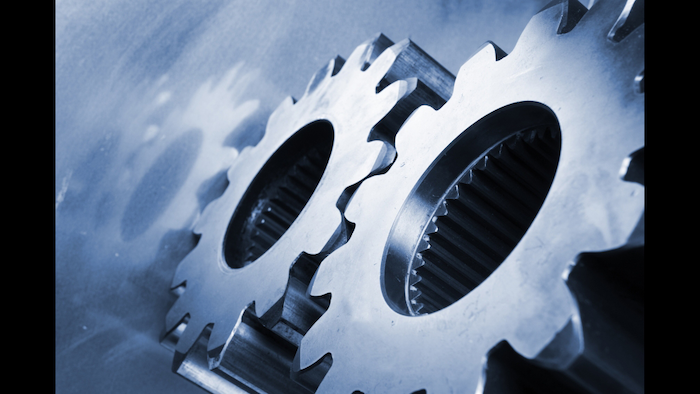 Plummeting energy prices, China’s economic woes and the impact of a strong dollar on corporate earnings have all combined to create a more complex and uncertain environment. We’ve seen this translate into lower levels of optimism expressed by U.S. industrial manufacturers during the first quarter of this year as they continue to adjust to a slower growth environment.

PwC's most recent Manufacturing Barometer showed that optimism towards the U.S. economy declined to 42 percent in the first quarter, down from 46 percent in the fourth quarter, but off a significant 34 points from 76 percent in last year’s first quarter. The last time this U.S. optimism indicator was this low was in the third quarter of 2012 when it came in at 37 percent. At that point, we were still in the earlier stages of the global recession.

We've certainly been here before. Over time, economic sentiment across the industrial manufacturing sector will wax and wane depending on a host of factors. The actual drivers will fluctuate depending on the cycle and macro environment. What we know is that sentiment will naturally rise as perceived roadblocks to growth are eliminated or, at the least, reduced in terms of influence. For instance, the previous lowest level of optimism in the third quarter of 2012 rebounded by 18 and 23 points, respectively, over the subsequent six and 12 month periods, and closed 2013 at 68 percent, a whopping 31 percent above the low. Current depressed confidence levels will ultimately recover as well — it's just a matter of when.

There are of course certain underlying factors that have remained since 2012. The U.S. economy continues to be a superior place to operate and invest compared to most worldwide countries. Consider that the level of optimism about the world stage declined to 24 percent during the first quarter, a full 18 points below the U.S. level. Moreover, only two percent of the survey respondents who market abroad believed the world economy was growing during the first quarter and 59 percent believed it was declining.  Compare these numbers to the U.S. where 55 percent of respondents believed the economy was growing in the first quarter and only 18 percent believed it was declining. Now, these numbers are still down considerably from year-ago levels. However, there’s no doubt the U.S. remains a bright spot — and that is likely a major reason why 72 percent of survey respondents forecast revenue growth in the year ahead, a level largely in line with the past two quarters.

So, what can we expect in the months ahead? As they say, the proof is in the pudding. It’s clear that industrial manufacturers see reduced growth, with survey respondents in PwC’s Barometer survey forecasting average revenue growth of 3.7 percent over the next 12 months. This is down considerably from a forecast of 5.1 percent in last year’s first quarter, but in line with the 3.6 percent level indicated in the fourth quarter of 2015.

An environment of weaker revenues is clearly settling in — and that means management teams will continue to focus on reducing costs. There will be less investing, less hiring and less expansion abroad. Perhaps most dramatically, only 38 percent of respondents plan to add new employees in the next 12 months, down 14 points from 52 percent in the first quarter of last year. CapEx as a percentage of sales is also dropping — with forecasted spending representing 1.9 percent of sales going forward, compared to 3.3 percent last year.

Good Signs in a Challenging Climate

A range of indicators in the Q1 Barometer survey point to an elevated level of caution among U.S. industrial manufacturers. They’re bracing for leaner times, while investing prudently in core competencies. They're continuing to double down on what they do best. In fact, plans for operational spending remained reasonably high at 80 percent in the first quarter, off only three points compared to year-ago levels. New product or service introductions and R&D continue to lead the way.

These are good signs in a challenging climate. They tell us industrial manufacturing teams are not just hunkering down. Rather, they are investing wisely, while conserving liquidity. We’ve been here before — and we know the environment will ultimately turn. We also know that those companies that selectively invest, while maintaining strong balance sheets, will be the best positioned to benefit as the outlook improves.