Real estate firm CBRE reports that available U.S. industrial space declined 9.4 percent in the fourth quarter of 2015, the 23rd consecutive quarter of decline, a sign of the improving economy. 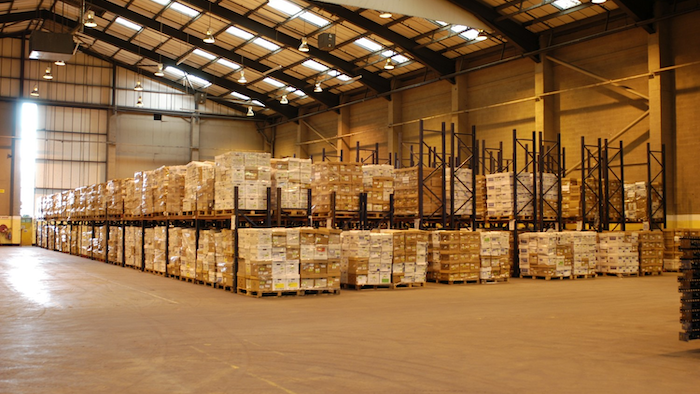 It's getting tougher and tougher to find warehouse space.

On Monday, real-estate brokerage firm CBRE reported that the availability rate for industrial property fell to 9.4 percent in the fourth quarter of 2015. It was the 23rd consecutive quarter that the rate for warehouses and distribution centers has declined.

CBRE defines 'availability' as space that is actively being marketed and available for tenant build-out within 12 months.

The firm says the continuously falling rate is the result of of recovery in the industrial sector and overall economy. The 23-straight quarters of decline is the longest such stretch since CBRE started tracking the national market in 1989. The firm said 35 out of 57 industrial markets reported availability decline in Q4, with Detroit leading the way with a 120 base points (bps) drop, while Dallas (-70), New York City (-70), and Atlanta (50) also had significant drops.

“The majority of markets continue to improve and few are even experiencing lower levels of available space than has been seen in decades,” noted Jeffrey Havsy, CBRE chief economist for the Americas. “Such constraints will continue to provide upward pressure on rent levels, as demand-side fundamentals remain quite favorable for industrial users.”

The WSJ quotes Havsy on the trend of e-commerce driving the demand for smaller, more urban industrial properties, which aids in same-day delivery. Read my blog about that trend here.

"We’re still going to have those huge buildings out in the middle of a cornfield, but there are also going to have a bunch of new spaces in dense locations nearer to the population,” Havsy said. The WSJ says CBRE expects industrial property availability to decline at a slower rate over the next year as new construction picks up, and that the rate will start rising in late 2016 or early 2017.