Jack Keough: Who Is Buying From Amazon?

Amazon reportedly is pursuing salespeople from several major distribution and manufacturing companies that have specialization in certain product areas. With consumers using Amazon at a rapid pace, does it mean business customers will follow? 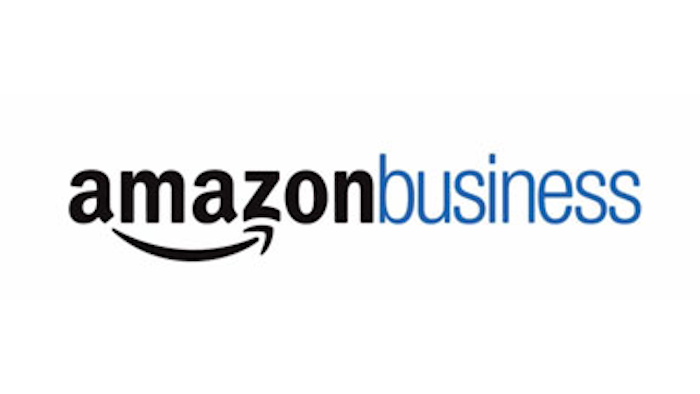 In each of several presentations I made to industry groups in the past year, I asked attendees if their companies had lost business because of Amazon’s entrance into the industrial marketplace.

No one said they were affected, In fact, some people derided Amazon because it “wasn’t making any money” and it would eventually collapse as investors rushed to cash in.

Well, Amazon, now through its Amazon Business site, is apparently doing quite well. Just recently, Amazon launched a new website for business in Mexico with an announcement that customers would now have access to millions of products. It will be expanding its business sites to many other countries in the next year so someone, somewhere is buying products for business.

Let’s take a look at what is happening with Amazon and the business marketplace.

Amazon Business is hiring for a number of positions. We’ve heard that it is pursuing salespeople from several major distribution and manufacturing companies that have specialization in certain product areas.

Consumers are using Amazon at a rapid pace. Does that mean business customers will follow?

One study, done annually by the Walker Sands Communications Company titled The Future of Retail 2014 showed that 95 percent of consumers have bought products from Amazon in the past year. That is indeed an amazing number. More than 40 percent of these shoppers said they would be willing to purchase any type of product from Amazon. Even more importantly, Amazon has become one of the most trusted brand names in the U.S.

And there is this significant number from the study: Only one percent of the more than 1000 consumers surveyed had not made a purchase online.

There are some distributors who say they recognize the competition that companies like Amazon are bringing to the marketplace. Yet, I’ve been told that their own companies were different because they offered 24-hour delivery, technical support, and an extensive product line.

Are those true differentiators?

Some distributors and manufacturers believe that what carried them to success in the 1980s and 1990s will continue for the future. Others have changed their businesses markedly. Take MSC Industrial for example. Steve Baruch, vice president of digital and strategy at MSC, says Amazon’s introduction of AmazonSupply (now Amazon Business) led him and his team to get back to basics.

“For us it’s taking 75 years of experience and staying laser focused on that,” Baruch told attendees during the B2B workshop at the Internet Retailer Conference and Exhibition and as reported by Internet Retailer. "For us, it’s not becoming the superstore for the business world, it’s about focusing on the things that create that unique value for our customers.”

Part of that success, Baruch told attendees last month, came from the company replacing its e-commerce platform in order to better serve customers.

“It was getting to the point where we saw that if we didn’t do it, we were going to be in real trouble,” he said. “It was, frankly, a companywide effort. It’s not something that’s limited to the e-comm or the marketing department. It was about an 18-month process,” he said according to an article posted on the Internet Retailer web site.

Grainger, one of the pioneers in e-commerce on the industrial side, has quickly adapted to digital transformation and recently has hired hundreds of workers on its e-commerce and web sites. Its on-line business has grown markedly, contributing more than 40 percent of the company’s revenues. Both MSC and Grainger were finalists for the B2B E-Commerce Player of the year as determined by senior editors at Internet Retailer and industry experts. Grainger ultimately won the award.

Other companies, large and small, have revamped their web sites and e-commerce platforms. There are many reasons for doing so, not the least of which is the increasing number of millennials who are making purchasing decisions. These millennials have been using their cellphones to buy consumer products and they want that easy B2C buying experience in a B2B world.

Not surprisingly the Walker Sands study points out that retailers (and distributors) can differentiate themselves by providing an omni-channel experience and greater personalization, such as product information based on past purchasing such as Amazon provides.

For its part, Amazon is becoming even more innovative. Its extensive use of automated warehouses and robotic systems means it can receive an order, ship, pick,  and pack it onto a truck in less than 45 minutes at some locations.

And Amazon’s innovation isn’t stopping there. In each of the past few months, they have introduced something that will make it easier for their customers to do business with them. In June it announced it was expanding its short term working capital loan to Canada, China, France, Germany, India, Spain, Italy and the United Kingdom. The program was already available in the United States and Japan.

Amazon Lending, founded in 2012, offers short-term working capital loans in countries where it operates a third-party, seller-run marketplace business, the head of Amazon Marketplace, Peter Faricy, told Reuters. The service is on an invite-only basis and is not open to all sellers on Amazon's platform.

Amazon is testing its patented drone has delivery system in Canada and says it will be ready when the U.S. government issues its own guidelines. The drones would be able to deliver packages up to 5.5 pounds, About 85 percent of Amazon’s deliveries fall into that category.

The Seattle-based company is also expanding its vendor program with manufacturers by setting up mini-fulfillment centers with companies such as Procter & Gamble. Under this program, P&G employees, at several locations, bring products like Pampers on pallets to a designated area in their warehouse for Amazon employees to pack, label, and ship.

Amazon is working with several other large companies on similar programs. What happens if they reach similar agreements with some industrial manufacturers?

Amazon is spending a lot of money on a number of projects, mainly on the consumer side for now, but what happens if they attack a specific industrial market? And the odds are they will.

Which brings me back to the original question: Who is buying from Amazon Business?