Repairs to roads, bridges and other infrastructure are giving companies that make machinery and materials a solid foundation for growth. 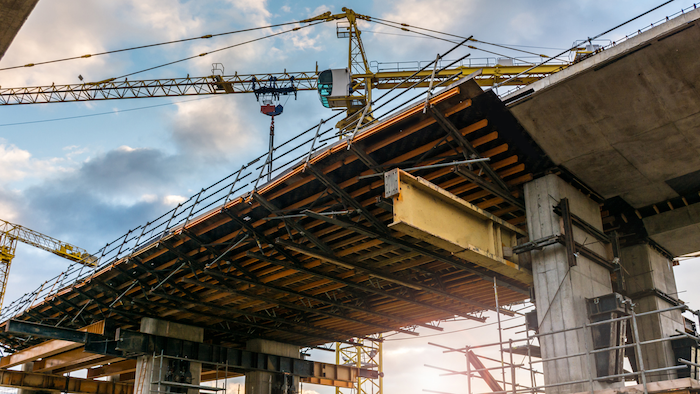 Plans to pump money into rebuilding the nation’s roads, bridges and other infrastructure could give companies that make machinery and materials a solid foundation for growth.

Caterpillar, with its heavy machinery, and construction materials company Vulcan Materials could see years of additional business as roads and bridges are rebuilt and buildings are modernized. The benefits would be even broader, impacting Sherwin-Williams, United Rentals and others that make, sell, or rent anything used for construction.

The plans are long overdue, economists and business leaders have said, as the nation’s roads, bridges and other infrastructure age without any significant overhaul. The American Society of Civil Engineers gave the nation’s roads a poor grade in its 2021 report, saying 40% of the system is now in poor or mediocre condition. Bridges, schools and much of the key infrastructure in the U.S. doesn’t score much better.

Washington is still debating the size and scope of any spending package, but economists and analysts expect an eventual deal that will help support a wide swath of industries tied to a national infrastructure overhaul.

Analysts at Citi and elsewhere have been focusing on the president’s $1.7 trillion American Jobs Plan. That amount, or close to it, seems likely to be what Congress eventually approves or enacts through other means.

Any deal that makes it to the president’s desk for a signature will be spread out over many years, giving stock values an initial boost before the long-term benefits to profits and revenue kick in. And it’s the larger companies that will likely see greater benefits from years-long construction and overhaul projects.

Citi expects nearly all heavy machinery makers in its coverage group to benefit from government spending, but Caterpillar is likely going to be the biggest winner.

“Coming as little surprise to anyone that has passed by a major highway project, Caterpillar has strong market share positions in most of the heavy construction equipment categories in North America,” according to a Citi report.

Profits for many companies tied to the construction or industrial sector are already projected to gain ground over the next several years as the economy recovers. Any spending measure spread out over years will help secure and boost that growth through contracts for projects and orders for supplies and equipment.

Makers of cranes, bulldozers and other machinery are still only part of the bigger picture. Companies that make asphalt, concrete and other road and building materials are in a good position with any future infrastructure spending. Vulcan Materials and Martin Marietta Materials are among the biggest makers of aggregates in the U.S.

“Remember that in any definition of infrastructure, if it’s new construction, aggregates is going to be in the foundation,” said J. Thomas Hill, president and CEO of Vulcan Materials in a conference call with investors. “So, it’ll help us whether it’s roads and bridges or other forms of infrastructure.”

Paint and coatings makers like Sherwin-Williams and PPG Industries are also in a good position to take advantage of any ramped up government spending. Bridges need paint and other coatings to stay hardy against the elements, while roads and buildings also need a significant amount of paint.

Friday’s Labor Department report was the latest evidence that the reopening of the economy is propelling a powerful rebound from the pandemic recession.
Jul 2nd, 2021

May US Construction Spending Down 0.3% as Housing Slows

Inflation Concerns Should Focus on Paystubs, Not Just Commodity Prices

When wages go up, they tend to stay there, unlike the up-and-down vagaries of commodities.
Jul 1st, 2021

Bipartisan Infrastructure Deal Back On Track After Walk-Back

Republicans indicated they were satisfied with Biden's comments that he was dropping the both-or-nothing approach.
Jun 28th, 2021 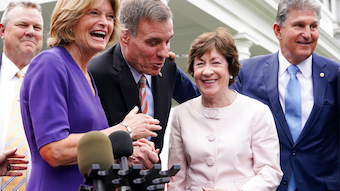 A Snapshot of the Bipartisan Infrastructure Deal

Here’s a look at where the $973 billion would go and what changes lawmakers would make to pay for the new spending.
Jun 25th, 2021
Follow Us
Most Recent