Aside from an anomaly reading for the week of July 4, the index has held steady in the negative single digits since early June. 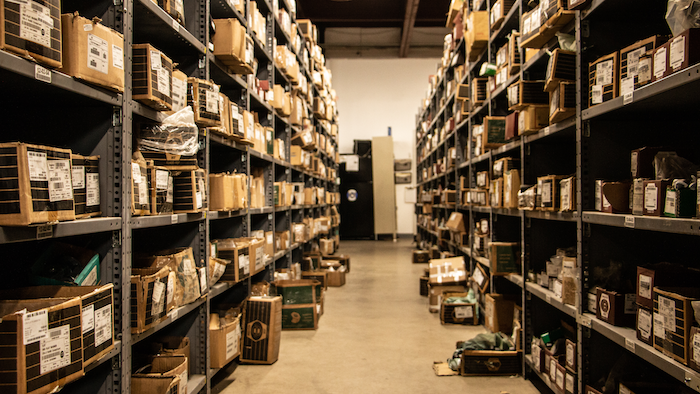 Indian River Consulting Group's Distributor Weekly Pandemic Index (PRI) showed a modest gain for the week of July 13-17, and while still in the negative, showed that selling conditions may be steadily improving amid the COVID-19 pandemic.

The PRI — aimed to show how distributor's revenues are faring during pandemic compared to a year earlier — showed a 1.9-percentage point gain this week to a mark of -5.5 percent. Aside from a one-week anomaly during the June 29-July 3 period caused by the July 4 holiday in which the PRI surged 23.1 points from -11.4 to +11.7, the index has held steady in negative single digits since the start of June — correlating to when many US states began reopening their economy to some degree.

The newest PRI reading of -5.5 percent for July 13-17 means that for the 10 distributors surveyed, their average revenue for the week was down 5.5 percent compared to a week earlier.

"It will be interesting to see how things play out over the next few weeks," Emerson said. "Unless legislation is passed, the federal stimulus that has been supporting the economy to some degree will have fundamentally tapered off while the effects of the pandemic on society at large do not seem to be improving in many parts of the country."

IRCG would like to increase the sample size for the PRI and is calling on distributors to participate. If you are interested, reach out to Emerson at memerson@ircg.com. 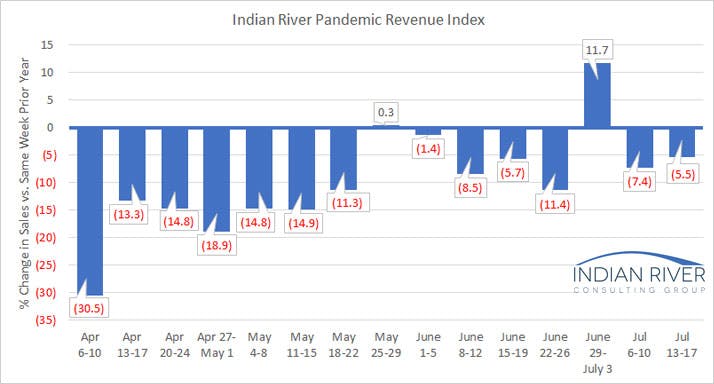