The new FDI had its largest one-month gain since the spring of 2017, led by a surge in the index's sales index. 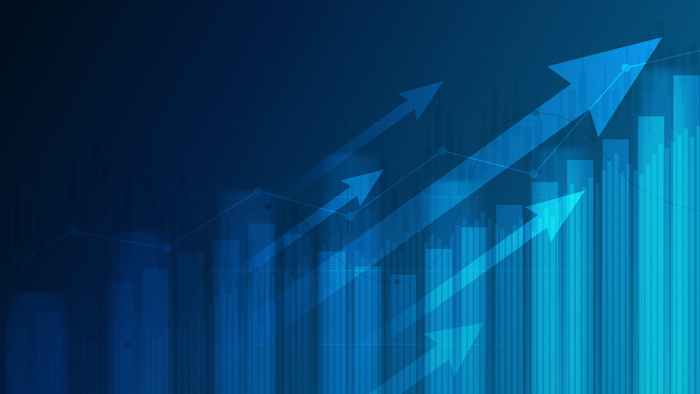 FCH Sourcing Network's monthly Fastener Distributor Index vaulted well into positive territory last month, making an even larger one-month gain than the Institute for Supply Management's Manufacturing Purchasing Managers Index (PMI) that also jumped back to expansion after a paltry April and May.

June's FDI reading of 56.9 was a far cry from a record-low of 40.0 in April. For the index — a monthly survey of North American fastener distributors, operated by FCH in partnership with R.W. Baird — any reading above 50.0 indicates market expansion, while anything below 50.0 indicates contraction. June was the index's best reading since November 2018's 58.2.

Amid partial or full business reopenings across most of the United States in June, the newest FDI was an 11.9-point gain from May — the largest one-month gain since a 12.4-point surge from April-May 2017 to 64.6.

June's major FDI rebound was largely fueled by a substantial gain in its sales index, which skyrocketed 41.0 points to a reading of 69.9. This indicates selling conditions in June were far better than they were in May (28.9), April (14.0) and March (34.6) and more on pace with February (54.9), before COVID-19 pandemic business impacts hit the US in full force.

The FDI's forward-looking-indicator (FLI) — which measures distributor respondents' expectations for future fastener market conditions — jumped 8.7 points in June to 52.6, following a 7.7-point gain in May. The FLI has improved just shy of 20.0 points since March.

"Although June seems to have been better than expected for most respondents, and momentum is clearly improving, many participants still characterize the recovery as slow and somewhat uneven to this point," commented David Manthey, CFA, about the June FDI.

Manthey shared a couple of survey participant quotes for the June index:

"Slow recovery but at least positive trend after the shutdowns in April and early May.”

"Have experienced more customer demand [increases] but [some] don't believe our industry will see normal levels for some time. Too many variables especially related to the pandemic that can impact the economy.”

The other FDI metric with a considerable gain was employment, which hovered at 27.0 in March and April before jumping to 40.0 in May and up to 56.6 in June. Manthey noted that the percentage of June respondents noting lower employment numbers than seasonally-normal levels decreased to just 11 percent, compared to an average of 40 percent over the last three months.

The one other considerable metric change was in Supplier Deliveries, which has gone from a high of 76.8 in April to 67.5 in May and down to 57.9 in June. This may indicate progress on major backlogs of orders placed during the worst of the pandemic from March through May, as June's figure is on pace with January's.

In other June FDI metrics:

Looking at expected activity levels over the next six months, sentiment continued to gain in optimism compared to May: 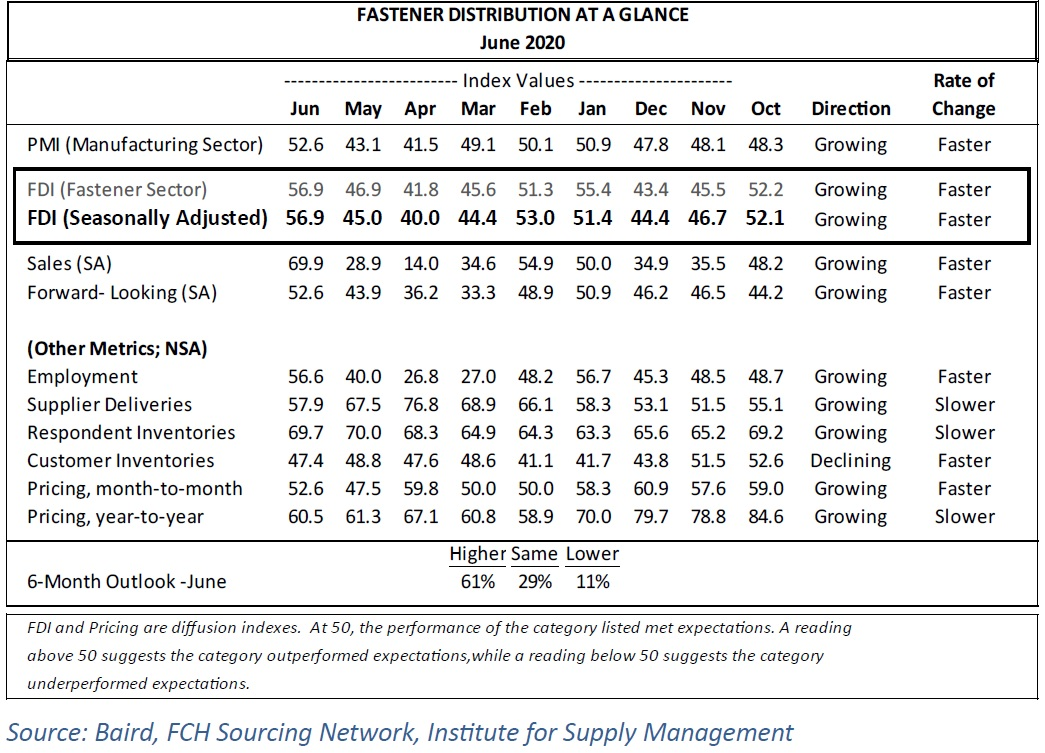