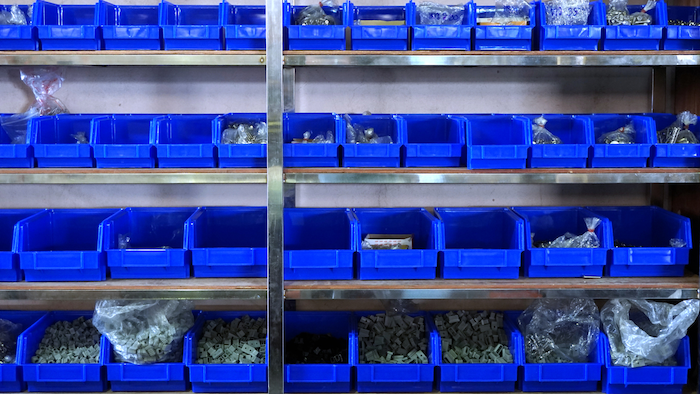 The FDI — operated by FCH in partnership with R.W. Baird — showed that February registered a seasonally-adjusted reading of 53.0, increasing 1.7 points from January. Combined with January’s 6.7-point surge, the index has seen considerable recovery after a three-month slide that culminated with December showing the lowest reading in the FDI’s nine-year history at 44.4.

The FDI's forward-looking-indicator (FLI) — which measures distributor respondents' expectations for future fastener market conditions — followed a healthy 4.7-point gain in January with a two-point fall in February to a contraction territory mark of 48.9. January was the FLI’s only expansion reading since April 2019.

The FDI had been in expansion territory for 20 consecutive months before dipping to 48.3 this past June, recovering over the summer to a peak of 56.0 in September before declining each month since until January.

In February’s FDI, the seasonally-adjusted sales index increased 4.9 points to a mark of 54.9, following January’s 15.1-point surge. In other February metrics:

“Potential early supply chain impacts from the Coronavirus most noticeably manifested in the form of a significant uptick in the percentage of respondents seeing slower supplier deliveries compared to last month,” Manthey noted. 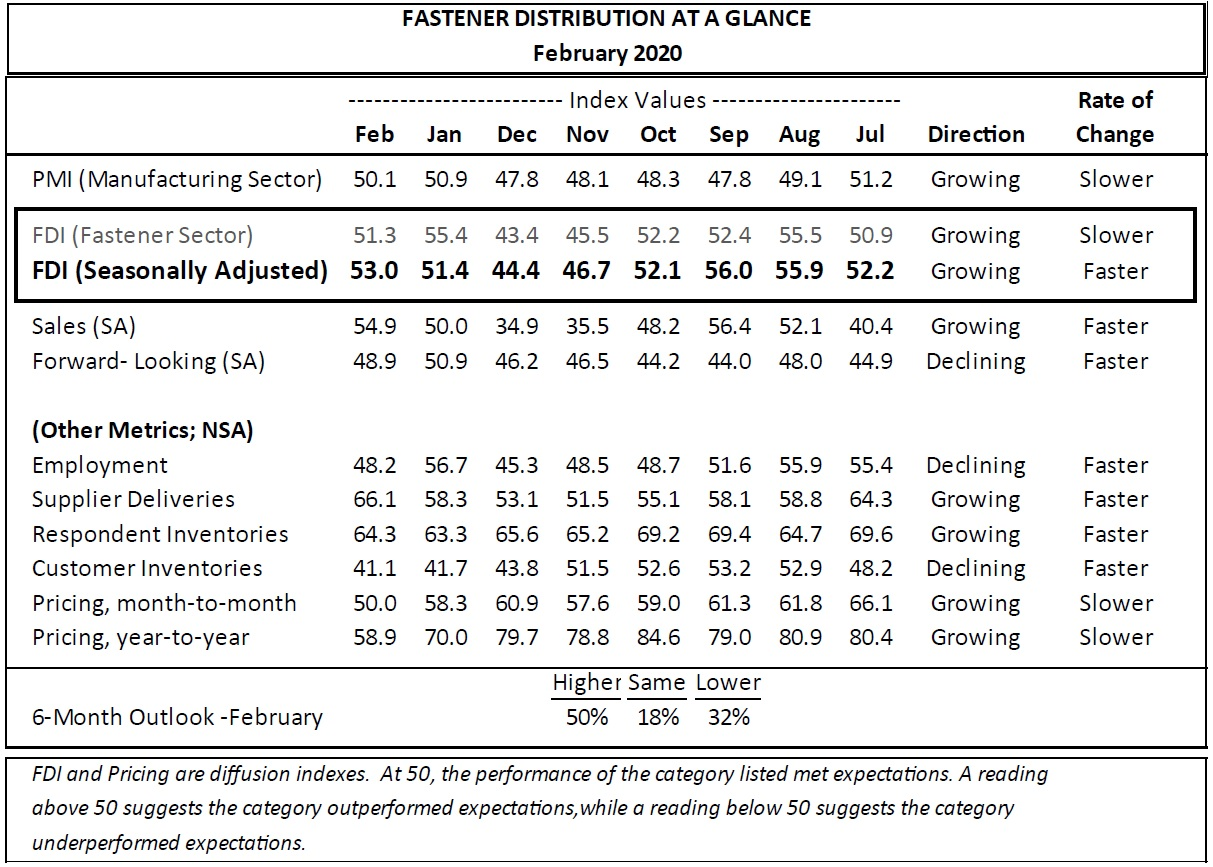