Surveys of manufacturers across Asia for May showed that business confidence has been shaken by the conflict. 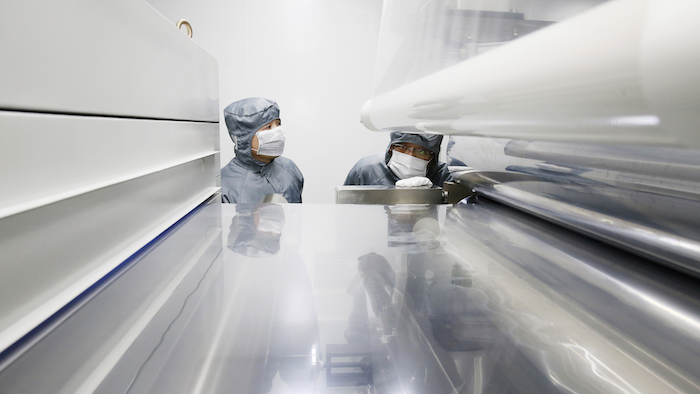 A report Monday on Chinese manufacturing suggested that Beijing's trade war with the Trump administration is causing domestic economic damage.

Surveys of manufacturers across Asia for May showed that business confidence has been shaken by the conflict over President Donald Trump's demands that Beijing change its industrial planning strategy and find other ways to redress its perennially huge trade surpluses.

But in a move that could ratchet back some tensions, the world's largest association of technology professionals said it is lifting a research cooperation restriction it had imposed on employees of Chinese tech giant Huawei.

A private survey, the Caixin manufacturing purchasing managers' index, or PMI, for China held steady at 50.2 in May, just above the 50 level that distinguishes between expansion and contraction. But business confidence slipped to its lowest level since the series began in April 2012. The official manufacturing PMI, issued Friday, sank to one of the lowest levels in three years.

China showed no signs of budging over the Trump administration's demands. It issued a report over the weekend saying it would not back down on "major issues of principle." It said Beijing had kept its word through 11 rounds of trade negotiations and accused Washington of backtracking by introducing new tariffs and other conditions beyond what had been agreed to.

Most of Trump's ire over trade has been directed at China, given its lion-sized importance to global manufacturing and its growing technological prowess.

But last week the president heaped more uncertainty on global financial markets and investors by saying he would impose 5 percent tariffs on Mexican imports starting June 10 if the Mexicans don't stop the surge of Central American migrants across the southern U.S. border.

That would be a blow to some manufacturers that use Mexico as production bases, such as automakers.

Meanwhile, the world's largest grouping of technology professionals, IEEE, reversed itself on a restriction that Huawei employees no longer be permitted to peer review or edit articles published in its journals. The restriction had prompted an angry backlash among Chinese members of the 420,000-member organization, with some declaring they would quit.

Huawei has borne the brunt of U.S. castigation in the U.S.-China trade dispute as an alleged national security risk, with the U.S. Commerce Department blacklisting it in mid-May , effectively barring U.S. firm from selling or transferring technology to it.

The IEEE restriction turned out to be an overly cautious response to the blacklisting, the organization said in a statement published on its website Sunday, and was dropped after "requested clarification" from the Commerce Department.

"Our initial, more restrictive approach was motivated solely by our desire to protect our volunteers and our members from legal risk," the statement said.

IEEE, which stands for the Institute of Electrical and Electronics Engineers, was among several leading U.S.-based global technology standards-setting groups that imposed restrictions on Huawei participation in their activities, including the Wi-Fi Alliance and the SD Association.

Huawei, the world's biggest maker of telecom gear and No. 2 smartphone manufacturer, said Monday that it had no comment on the announcement.

Zhang Haixia, a nanotechnology scientist at Peking University, said she would rejoin the organization after having resigned from two IEEE boards last week.

The New Jersey-based IEEE is a leading developer of telecommunications, information technology and power generation standards. It has members in more than 160 countries and puts out about 200 different publications.

On Sunday, Wang Shouwen, China's vice commerce minister and deputy international trade representative, told reporters in Beijing that China would issue details about its own list of "unreliable entities" soon.

Wang said the list, originally announced Friday by a department spokesman, would be aimed at enterprises that "violated market principles" and that cut supplies of components to Chinese businesses for non-commercial reasons. He reiterated suggestions that China might limit exports of rare earths, minerals such as lithium that are used in many products including cell phones, electric vehicles and the batteries that run them.

Main image: In this May 24, 2019, photo, workers talk at a composite materials manufacturing plant in Nantong in eastern China's Jiangsu province. China's factory activity fell into contraction territory in May amid an ongoing trade dispute with the U.S. that has seen higher tariffs slapped on Chinese exports. (Chinatopix via AP)