Survey: U.S. Manufacturing Grew at a Slower Pace in February

American manufacturers expanded at a slower rate in February, as the pace of new orders, production, and employment each slipped. 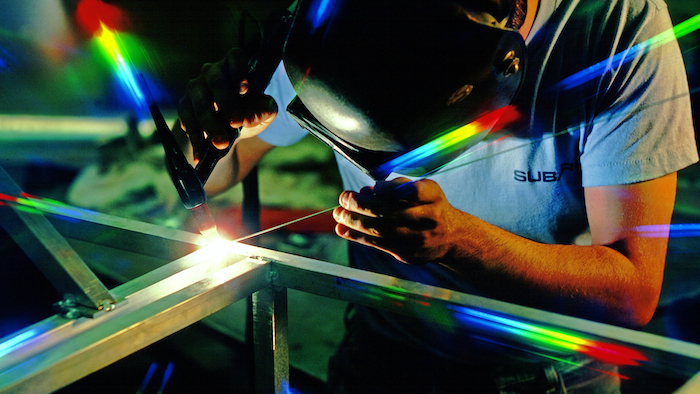 American manufacturers expanded at a slower rate in February, as the pace of new orders, production, and employment each slipped.

The Institute for Supply Management, an association of purchasing managers, said Friday that its manufacturing index fell to 54.2 last month, down from 56.6 in January. Readings above 50 signal growth in manufacturing and the sector has been expanding for the past 30 months.

The decline might have reflected the colder weather in February as well as the short month, rather than an outright deceleration, says Tim Fiore, chair of the ISM manufacturing business survey committee.

Adjusting for those two factors, Fiore says, "It was a stable month. Nothing wrong with a stable month." He suggested that the index pointed to overall economic growth of roughly 2.5 percent.

U.S. factories appear to have downshifted recently. The Federal Reserve's report on industrial production found that the manufacturing sector had contracted 0.9 percent in January, including a sharp 8.8 percent drop in the output of motor vehicles and parts.

The companies surveyed for the ISM index suggested that the U.S. economy is healthy, although concerns exist about the trajectory of the global economy and any lingering impacts from the import taxes imposed by President Donald Trump.

Of the 18 industries surveyed for the report, 16 reported growth in February. Textiles, computer and electronic products, primary metals, transportation equipment and wood products were among the sectors saying that they had expanded. Only non-metallic minerals reported an outright decline.