Powell Bullish On US Economy, Expects Rates To Keep Rising

Federal Reserve Chairman Jerome Powell gave lawmakers an upbeat assessment of the economy and expects to keep raising interest rates gradually. He said solid job gains and strong economic growth has enabled the Fed to dial back the "extra boost" it implemented during the financial crisis and recession. 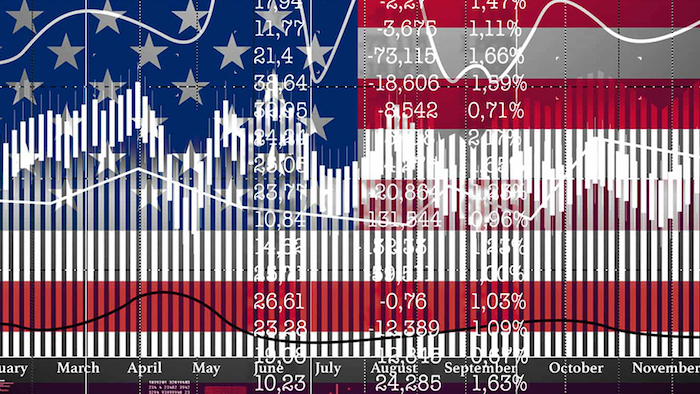 WASHINGTON (AP) — Federal Reserve Chairman Jerome Powell gave lawmakers an upbeat assessment of the economy and expects to keep raising interest rates gradually. He said solid job gains and strong economic growth has enabled the Fed to dial back the "extra boost" it implemented during the financial crisis and recession.

In his semi-annual testimony to Congress Tuesday, Powell described the Fed's process for slowly raising interest rates as "running smoothly." He said the Fed forecasts the job market to remain strong and inflation to stay near 2 percent over the next several years.

Powell cited trade and tax legislation as among the uncertainties that could alter his forecast.

It is "difficult to predict the ultimate outcome of current discussions over trade policy as well as the size and timing of the economic effects of the recent changes in fiscal policy," he said.

The Fed has lifted its key policy rate twice this year. It signaled last month that it expected two more hikes this year.

"Our policies reflect the strong performance of the economy and are intended to help make sure that this trend continues," Powell said in his prepared testimony.

After the 2008 financial crisis, the Fed kept its key policy rate at a record low near zero for seven years before starting a slow process of boosting rates in December 2015. It raised rates once in 2015, once in 2016 and then three times last year as the economy has begun to gain momentum.

This year's rate hikes, which occurred in March and June, have left the Fed's key rate in a range of 1.75 percent to 2 percent.

The unemployment rate at 4 percent is near a two-decade low. Economists believe overall economic growth, as measured by the gross domestic product, could top 4 percent in the just-concluded April-June quarter.

"The solid pace of growth so far this year is based on several factors," Powell said. "Robust job gains, rising after-tax incomes and optimism among households have lifted consumer spending in recent months."

Powell, who joined the Fed in 2012 as a board member, was tapped to succeed Janet Yellen as chairman in February after President Donald Trump decided not to offer Yellen a second term.

While Fed officials have supported Powell's two rate hikes this year with no dissents, one key policymaker, Neel Kashkari, the president of the Fed's Minneapolis regional bank, said in an essay Monday that he was growing concerned about the narrowing gap between short-term interest rates and long-term rates.

In the past, when this yield curve has become inverted — meaning that short-term rates are higher than long-term rates — that development has often signaled a recession.

"If the Fed continues raising rates, we risk not only inverting the yield curve, but also moving to a contractionary policy stance and putting the brakes on the economy, which the markets are indicating is at this point unnecessary," Kashkari wrote.