Likely Impact Of US-China Trade War: Prices Up, Growth Down

The world's two biggest economies have fired the opening shots in a trade war that could have wide-ranging consequences for consumers, workers, companies, investors and political leaders. 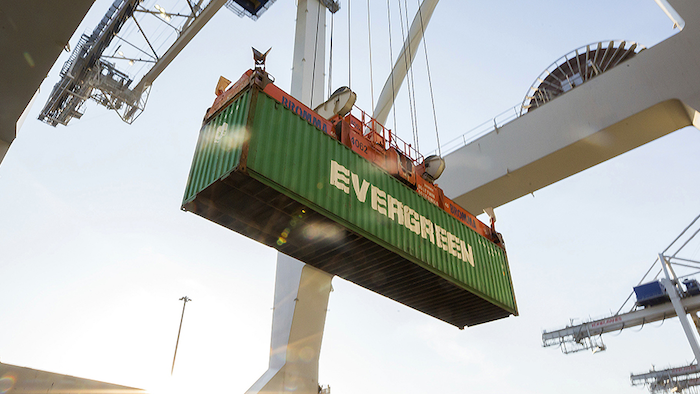 WASHINGTON (AP) — The world's two biggest economies have fired the opening shots in a trade war that could have wide-ranging consequences for consumers, workers, companies, investors and political leaders.

The United States slapped a 25 percent tax on $34 billion worth of Chinese imports starting Friday, and China is retaliating with taxes on an equal amount of U.S. products, including soybeans, pork and electric cars.

The United States accuses China of using predatory tactics in a push to supplant U.S. technological dominance. The tactics include forcing American companies to hand over technology in exchange for access to the Chinese market, as well as outright cyber-theft. Trump's tariffs are meant to pressure Beijing to reform its trade policies.

Though the first exchange of tariffs is unlikely to inflict much economic harm on either nation, the damage could soon escalate. President Donald Trump, who has boasted that winning a trade war will be easy, said Thursday that he's prepared to impose tariffs on up to $550 billion in Chinese imports — a figure that exceeds the $506 billion in goods that China actually shipped to the United States last year.

Escalating tariffs would likely raise prices for consumers, inflate costs for companies that rely on imported parts, rattle financial markets, cause some layoffs and slow business investment as executives wait to see whether the Trump administration can reach a truce with Beijing. The damage would threaten to undo many of the economic benefits of last year's tax cuts.

And those caught in the initial line of fire — U.S. farmers facing tariffs on their exports to China, for instance — are already hunkered down and fearing the worst. The price of U.S. soybeans has plunged 17 percent over the past month on fears that Chinese tariffs will cut off American farmers from a market that buys about 60 percent of their soybean exports.

"For soybean producers like me this is a direct financial hit," Brent Bible, a soy and corn producer in Romney, Indiana, said in a statement from the advocacy group Farmers for Free Trade. "This is money out of my pocket. These tariffs could mean the difference between a profit and a loss for an entire year's worth of work out in the field, and that's only in the near term."

Even before the first shots were fired, the prospect of a trade war was worrying investors. The Dow Jones industrial average has shed nearly 1,000 points since June 11.

The Chinese currency, the yuan, has dropped 3.5 percent against the U.S. dollar over the past month, giving Chinese companies a price edge over their U.S. competition. The drop might reflect a deliberate devaluation by the Chinese government to signal Beijing's "displeasure over the state of trade negotiations," according to a report Thursday from the Institute of International Finance, a banking trade group.

The Trump administration sought to limit the impact of the tariffs on U.S. households by targeting Chinese industrial goods, not consumer products, for the first round of tariffs. But that step drives up costs for U.S. companies that rely on Chinese-made machinery or components and may force them to pass them along to their business customers, and eventually to consumers.

If you like Chick-fil-A sandwiches, for instance, you may feel the impact of the tariffs. Charlie Souhrada, a vice president of the North American Food Equipment Manufacturers, says the duties could raise the cost of a pressure cooker made by one of its members, Henny Penny. Chick-fil-A uses the cooker for its sandwiches. The administration has placed "these import taxes squarely on the shoulders of manufacturers and by extension consumers," Souhrada said.

The Federal Reserve is already picking up signs that the threat of a trade war is causing businesses to rethink investment plans. In the minutes from its June 12-13 meeting, the Fed's policymaking committee noted: "Contacts in some districts indicated that plans for capital spending had been scaled back or postponed as a result of uncertainty over trade policy,"

And if Trump extends the tariffs to $550 billion in Chinese imports, there's no way consumers could avoid being caught in the crossfire: The taxes would have to hit consumer products like televisions and cellphones.

Consider what happened to the price of washing machines that were subjected to a separate series of Trump tariffs in January. Over the past year, their price has surged more than 8 percent, compared with a slight drop in overall appliance prices.

Even the first round of tariffs means that "American consumers are one step closer to feeling the full effects of a trade war," said Matthew Shay, president of the National Retail Federation.

"These tariffs will do nothing to protect U.S. jobs, but they will undermine the benefits of tax reform and drive up prices for a wide range of products as diverse as tool sets, batteries, remote controls, flash drives and thermostats," Shay said. "And students could pay more for the mini-refrigerator they need in their dorm room as they head back to college this fall... a strategy based on unilateral tariffs is the wrong approach, and it has to stop."