Three years after crude oil prices hit their apex, the industry finally appears to be adjusted to a new normal of significantly lower prices. 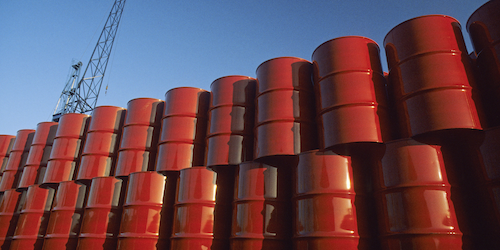 Three years after crude oil prices hit their apex, the industry finally appears to be adjusted to a new normal of significantly lower prices.

The industry underwent a painful period of cost-cutting and layoffs as prices plummeted in late 2014 into 2015 amid a global glut of oil.

The drop was largely spurred by OPEC's decision to bolster its oil output in an effort to stifle higher-cost fracking operations in North America and elsewhere. North American producers, however, proved surprisingly resilient, and OPEC recently agreed to restrict output to help ease the impact of low prices on their domestic economies.

That move, however, did little to impact prices, and The Wall Street Journal reports that the industry appears resigned to prices at less than half of their mid-2014 levels.

The paper reported that oil industry giants are primarily focused on their most profitable assets — they reported stronger profits in the first quarter of 2017 — and generally abandoned more ambitious, expensive projects in the Arctic and elsewhere.

Although some nations continue to struggle at current prices — about $45 per barrel — many OPEC producers are experiencing relief from prices as low as $30 per barrel early last year. U.S. producers, meanwhile, can now be profitable at lower prices than before the collapse.

Despite the relative optimism, prices have slid in recent weeks and global economic conditions, such as a potential slowdown in China or a lapse in OPEC's production goals, could send prices down again.

In addition, although investment is increasing, some analysts continue to worry that a lack of new projects could lead to a supply shortage — and price spike — if global demand returns.