The Industrial Supply Association posted its April Economic Indicator Report on Thursday, showing slower growth for both its distributor and supplier members that corresponds with the decline in April's Purchasing Managers Index (PMI) issued by the Institute for Supply Management.

April's readings indicate continued expansion for ISA distributors and supplier, though at a slower rate than in March. Likewise, the overlal manufacturing economy continues to expand at a slower rate.

Meanwhile, the factors of Supplier Deliveries (96.6) and Inventories (81.0) had slight increases and Imports held steady (87.5).

A handful of distributors also noted April 2017 having one less business day than in 2016 as being a factor into their sales numbers. 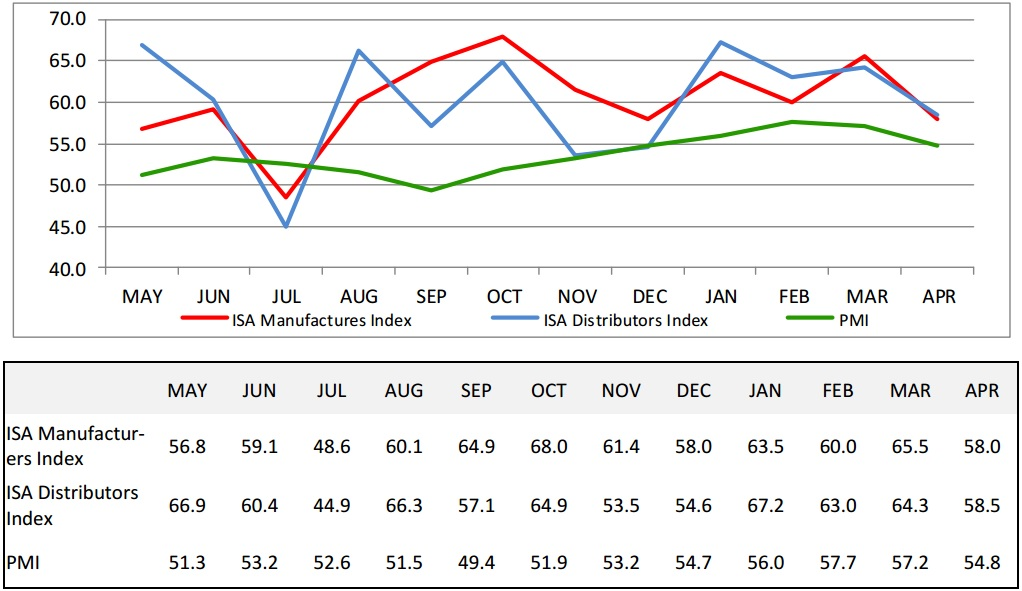