Late last year, many distributors and manufacturers said they expected slow to flat sales in the first half of 2016 and then a rebound in the second half. According to the latest round of quarterly earnings reports, that rebound certainly hasn't happened. 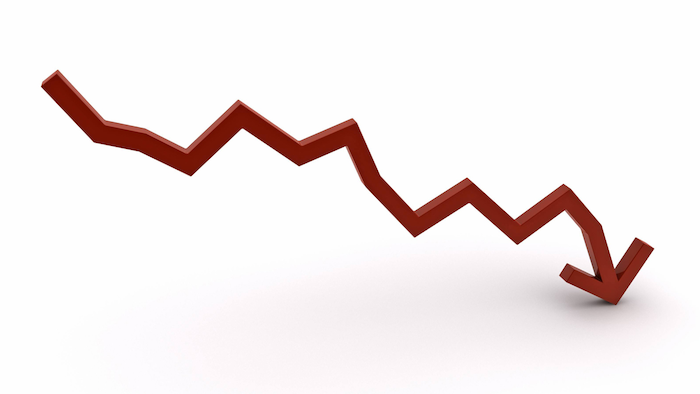 Late last year, industrial distributors and manufacturers said they expected the first half of 2016 would experience a slowing or flat sales but there would be a rebound in the second half of the year. That hasn’t happened based on quarterly earnings reports and now some expect the continued weakness in industrial markets to continue well into 2017.

Diversified industrial manufacturer Eaton, for example, recently reported a 4 percent drop in sales for its quarter compared to the same one last year. Eaton now says it will increase its 2017 restructuring program to $180 million from its prior guidance of $130 milllion.

"The decline in orders in several of our end markets in the third quarter suggests to us that sales in the fourth quarter of 2016 and in 2017 are likely to be soft,” said Craig Arnold, chairman and CEO of Eaton, during a conference call with analysts. "As a result, we anticipate expanding our 2017 restructuring program."

He did not identify which business segments would be affected.

"Those businesses that are struggling with weak markets will get more than their fair share of that restructuring dollars," Arnold said, adding that much of the restructuring will occur in the early part of 2017.

Eaton has updated its overall revenue forecast to be down 4 percent for the year, and "so we're really thinking that the year now comes in at the lower end of our guidance,” he said, acording to a transcript of the call as provided by seekingalpha.com

Its hydraulics segment sales were $562 million, down 6 percent from the third quarter of 2015, entirely due to a decline in organic sales.

The continuing economic weakness in the industrial sector was echoed by Erik Gershwind, president and CEO of MSC Industrial Supply, during an earnings call as he mentioned many of the economic problems faced by industrial end users in  the latest quarter.

"Conditions remain very difficult throughout the quarter, much as they have for the past few quarters,” Gershwind said. "Low oil prices and the strong U.S. dollar continue to weigh on manufacturing activity. While we did not see the more extensive summer plant shutdowns that some of our customers were talking about back in late June,demand levels remains depressed particularly in metalworking and heavy manufacturing."

In addition to the sluggish oil and energy markets, Gershwind said there is another wrinkle to business activity, namely the  uncertainty surrounding the presidential election as customers adopt a wait-and-see attitude.

"That's pretty typical in an election year. I mean, that's the one new thing I'd call out over the last quarter and it's typical that it builds as you get close to November," he said.

Kaman Corp. and its distribution arm, Kaman Industrial Technologies, also saw weakness in several of its end markets. Neal Keating, chairman, president and CEO of Kaman, said its distribution segment sales were  $274.4 million for Q3 compared to $296.3 million in 2015 which reflects one less business day and a 6.3 percent decline in organic sales per sales day.

“Sales came in below our expectations with mixed results across our customer base, end markets and product platforms,” Keating said, adding that Kaman had expected a slightly positive sequential sales growth in the third quarter and instead ended up with slightly negative sequential sales growth “due to continued weakness year-over-year in mining, paper, chemical manufacturing and transportation equipment."

On a year-over-year basis, 25 percent of KIT’s third quarter sales decline was attributed to the oil, gas and mining end markets which now account for less than 5 percent of segment sales. Both OEM and MRO sales were down about the same percentage year-over-year with fluid power platform stronger than bearing and power transmission and automation.

Companies that have a large exposure to the oil and energy sectors are still reeling from the effects of the economic downturn.

MRC Global, one of the largest global industrial distributors of pipe, valves and fittings (PVF) and related products and services to the energy industry, saw sales drop sharply in Q3 compared to the same quarter last year. The company's sales were $793 million for the third quarter, which was 26 percent lower than the third quarter of 2015 and 6 percent higher than the second quarter of 2016. As compared to last year, reduced customer activity across all sectors drove the decline as a result of lower oil and natural gas prices. Sequentially, improvements in upstream and midstream activity drove the increase as oil and natural gas prices improved and customer spending increased.

"I am also encouraged by the recent improvements in market conditions and expect 2017 revenue to improve over 2016. However, our expectations regarding the size of the improvement remain uncertain as we wait for our customers to finalize their 2017 budget plans," said Andrew R. Lane, MRC Global CEO and president..

If there is a bright spot, it is that sales for October for many distributors indicate a slight uptick in business.

Fastenal — No. 10 on Industrial Distribution's 2016 Big 50 List —  recently reported a 3.9 percent increase in daily sales for October, its best month of the year. Those results come on top of September’s growth of 2.8 percent and makes for eight months of daily sales growth out of 10 months in 2016, with the other two being flat. The Winona, MN-based company posted October sales of $335.3 million, down 0.8 percent overall from a year earlier, but October 2015 had an additional selling day.

Other distributors report that although there has been some slight sales increase, there are few signs of a sustained rebound.