The Federal Reserve has raised key rates recently and expects to do so again soon, citing the economy is doing well. A strong economy is good for most businesses, but higher rates mean it'll cost more to borrow. Here, get an understanding how the system operates and how your business can manage it. 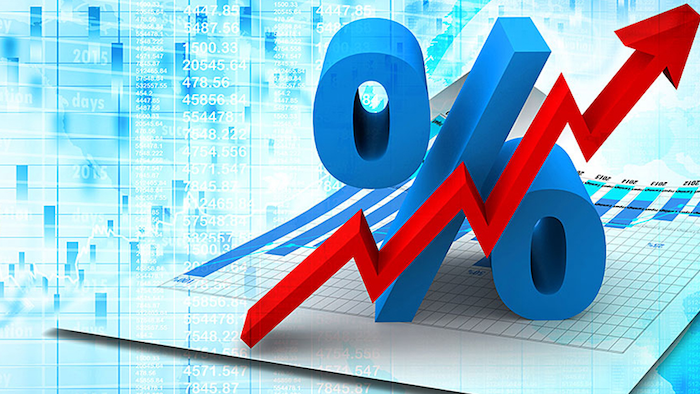 It's a good news-bad news situation for small businesses when interest rates rise.

The Federal Reserve says that the economy is doing well, so it has raised its key rates recently and is expected to do so again in the near future. The strong economy is great for most businesses, but higher rates will likely increase what it costs for them to borrow.

So what's a small business owner to do? Understand how the system operates and consider the ways they can manage.

Here are a few basics to help:

Small businesses thrive when the economy is strong. Right now, the economy is doing quite well, which is why the Fed is comfortable raising rates. (One Fed official even referred to it as a 'Goldilocks' economy for being just right.)

The Federal Reserve doesn't directly control the rates a business might pay on a credit card, line of credit or loan directly, but these rates tend to move in the same direction as the Fed's benchmark rate. When the Fed raises its benchmark rate, it takes some time for that change to be reflected in the borrowing that businesses do.

Hecht also said that while the cost of borrowing may go up with rate increases, it often becomes a more competitive marketplace for lending as the higher rate makes it more attractive for banks to manage loans.

The Fed last raised short-term rates in March to a range of 1.5 to 1.75 percent. Another quarter-point increase is expected in June.

The exact rate a business will pay depends on the type of borrowing and their credit profile. It is typically prime rate, which is at 4.75, plus a few percentage points based on how favorable the lender finds the borrower to be.

But any way you slice it, a higher interest rate means higher costs that will eat into cash flow and profitability. Plus, short-term loans to cover cash gaps, often needed by small businesses, may get more expensive or difficult to acquire, said Barry Coleman, who helped develop the small business counseling program at the National Foundation for Credit Counseling

While consumers may be feeling good in a strong economy and willing to pay for your goods and services, they eventually may feel pinched by rising rates and pull back on spending. Some businesses may also need to consider price increases to manage their increased expenses.

Businesses have a few options in an environment of rising interest rates, experts say.

The simplest of those is to clean up your personal and business credit. Credit scores are a key factor for lenders when they decide whether to fund a small business. Make your payments on time, use credit only when absolutely necessary and keep your utilization low. The better the credit score, the better the rates.

The next is to think big picture about your strategic plans. If there are expansions or major investments you need to make, consider the timing in relation to rates and the economy.

Coleman also noted that businesses have more options than ever on where to borrow, thanks in part to the growth of online financial firms. And big banks — those with assets over $10 billion — currently have a record 52.5 percent approval rate, Coleman said. That compares with small banks, which are considered the go-to for small business loans, at around 49 percent.

Additionally, if you have existing debt, try to form a relationship with your lender to help mitigate any bumps down the road, Hecht suggested.

Compare various products and various lenders to find the best fit as well. Hecht said business owners can often make a borrowing decision too hastily, when taking time to research before they commit could save them money.

The government has asked survivors to return the money, but it's not clear if they have to.
Jun 25th, 2020

The revision predicts contraction that's significantly worse than the 3% drop it had estimated in its April report.
Jun 24th, 2020
Follow Us
Most Recent