Recent debates regarding 3D printing explore whether or not distributors should be concerned about the introduction of 3D printing in the industrial B2B space. Some experts in the industry feel that it will be hugely disruptive, but others believe the technology is decades away from viability.

These recent debates remind me of circa 2000 e-commerce arguments. People debated whether or not they needed to build out digital capabilities or if e-commerce was just a trend. Today, it’s clearly an essential capability. Those that jumped on the bandwagon early are benefitting immensely, and those that didn’t are still playing catch-up.

The impact remains to be seen, but if it does influence industrial distribution in a meaningful way, there are some real implications to pricing strategy. Let’s explore how 3D printing might shift pricing strategies, traditional warehousing and specialty parts.

The practice of anchoring price to a traditional supplier-driven into-stock cost becomes unworkable, since there won’t be an into-stock cost for an item which is 3D printed. Instead, I could ask what is the avoidable cost per-unit in a world of 3D printing? The dominant elements of this cost will be the raw materials plus the energy to print the piece. Alternatively, anchoring price decisions to other references such as the average selling price or the list price may work better. MSRPs often play a role in list pricing, but such MSRPs won’t exist for items which are 3D printed because no manufacturer is involved, and one could argue that the notion of list price is equally obsolete, but I’m less confident this is so.

The distinction between stocked versus non-stocked parts goes away. If I can print any part in my 300,000-item catalog in just a few minutes, then it’s effectively stocked. Service levels go way up for the distributor who can claim to stock everything, and those who have invested deeply in brick-and-mortar facilities in pursuit of the old-school stocking model may find themselves less advantaged for having done so; 10,000 square feet of warehouse space with $10 million in inventory could be outflanked by $1 million of 3D printing equipment sitting in a 200-square foot fabrication room.

Free Whitepaper: 3D Printing and the Future of Manufacturing

In the case of specialty parts, the value of the part is the digital spec; the intellectual property (IP) contained in the digital file which defines the part. The fabrication itself ultimately becomes commoditized. I can envision a situation where an end-customer such as a large OEM owns their own 3D printing equipment on-site and licenses the digital specs for specialty items, getting charged for each piece they print. Or they may subscribe to a full library of digital specs on a flat-fee basis and print all they want without per-unit charges. Such an OEM might license these digital specs from the distributor but, what value is the distributor really adding? It would make more sense for the OEM to license the specs directly from the manufacturer or designer of the part. Under this scenario, the distributor is disintermediated entirely as the value chain is re-worked. Distributor beware!

Of course, at this stage, the impact of 3D printing on industrial distributors is merely speculation. But, given the explosion of e-commerce, is it worth exploring now?

Barrett Thompson is the general manager of pricing excellence solutions at Zilliant. Over the past 25 years, Barrett has built and delivered optimization and pricing solutions to Fortune 500 businesses in diverse vertical industries within the manufacturing and distribution space. 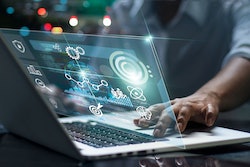 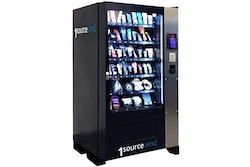