In July, the Industrial Supply Association's Distributor and Manufacturer indexes both fell, corresponding with that month's decline in the Purchasing Managers Index from the Institute of Supply Management. The August PMI has since rebounded strongly. 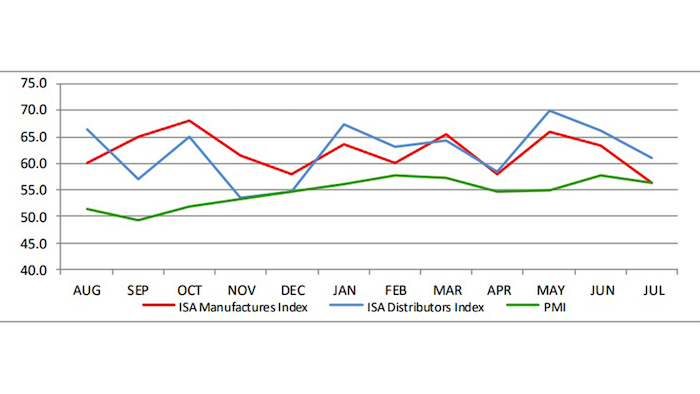 In July, the Industrial Supply Association's Distributor and Manufacturer indexes both fell, corresponding with that month's decline in the Purchasing Managers Index from the Institute of Supply Management.

Following a modest 3.6 and 2.6 drop for the Distributor and Manufacturer indexes from May to June, respectively, both indexes fell faster from June to July. The Distributor index fell

ISA's Distributor index fell 2.2 points from June to July, following a 3.6-point decline from May to June. The Manufacterer index fell seven points from June to July, following a 2.6-drop from May to June. For both indexes, as well as the PMI, any reading above 50 indicates expansion. Thus, July's readings indicated continued expansion for ISA distributors and manufacturers, although at a slower pace than a month earlier, with a decelleration for a second-straight month.

The distributor and manufacturer indexes both hit their 2017 high in May with readings of 69.9 and 66.0, respectively.

The August PMI jumped 2.5 percentage points from July to a reading of 58.8 — its highest mark since April 2011. That bodes well for both ISA indexes, as both typically follow the PMI trend. 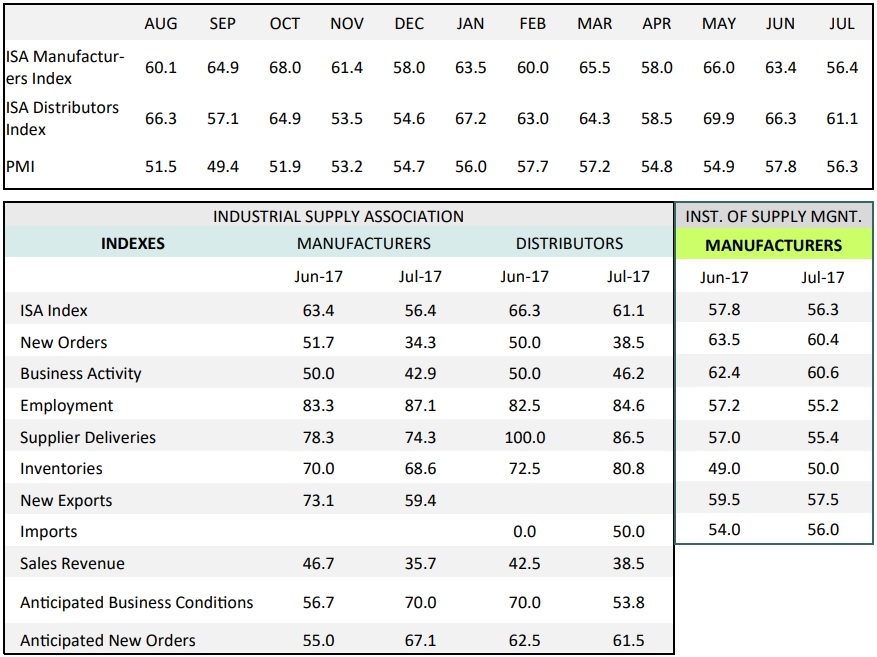 ISA manufacturer comments in the July index included the following:

"People back from vacations should help. Eclipse time off won't help. We just keep plugging and hoping for the best."