Walmart To Deploy Warehouse Drones By Early Next Year

The retail giant demonstrated its drone technology for numerous outlets in a warehouse at its Arkansas headquarters late last week.

The retail giant demonstrated its drone technology for numerous outlets in a warehouse at its Arkansas headquarters late last week.

The system remains in the testing phase, but Walmart officials said that drones should be incorporated into warehouse operations in at least one of its 190 U.S. distribution centers in the next six to nine months.

The test drones, which buzzed around the warehouse scanning items, can complete weeks of normal inventory tracking — which relies on employees in forklifts with manual scanners — in a single day.

Broad implementation of warehouse drones could mean fewer forklift workers, but Walmart officials said that its employees would be deployed in other capacities in those facilities.

Walmart last year sought federal approval to test drones for inventory tracking as well as home delivery and curbside pickup — part of a sweeping effort to bolster its supply chain amid competition from Amazon.com and other e-commerce outlets.

"We are still in early phases of testing and understanding how drones can be better used in different types of business functions," Walmart delivery and technology official Shekar Natarajan told Reuters. 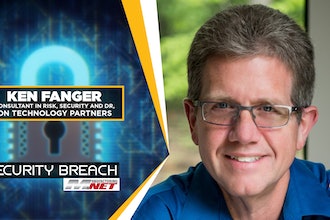