The move follows Kyocera's 2016 acquisition of SGS Tool Company and its overall plan to increase its North American Cutting Tool sales by 250 percent by the end of its fiscal 2019. 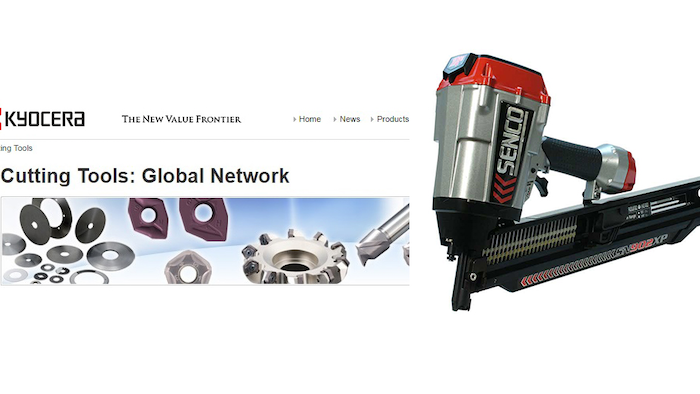 Cincinnati, OH-based powered fastening systems maker Senco announced Monday that it has been acquired by Kyocera Corp. and will now operate as part of Kyocera's Global Cutting Tool Division.

No purchase price was given, but Nikkei Asian Review reported back on June 30 that it is estimated at $178 million.

Senco will remain in its Cincinnati headquarters, with its staff and management to remain in place to lead the transition to new ownership.

“This is an exciting opportunity for our associates, customers and suppliers,” said Ben Johansen, CEO of Senco. “Kyocera has been expanding and investing globally within its Cutting Tool Division. We expect this acquisition to strengthen our new product development capabilities, bolster our ability to provide innovative fastening solutions to a wider range of customers and enhance our global distribution network. Today, Senco officially becomes part of the Kyocera family, bringing us a new and exciting perspective of long-term ownership and marketplace investment.”

Headquartered in Kyota, Japan, Kyocera consists of more than 200 operating companies and has over 70,000 employees worldwide.

Best known as a producer of cell phones and ceramics products, Kyocera acquired Munroe Falls, OH-based SGS Tool Company in May 2016, at which time it stated a plan to increase sales of its North American cutting tool business by 250 percent by the end of its fiscal year ending March 31, 2019.