The measure would prohibit subcontracting or outsourcing by private companies except with government authorization. 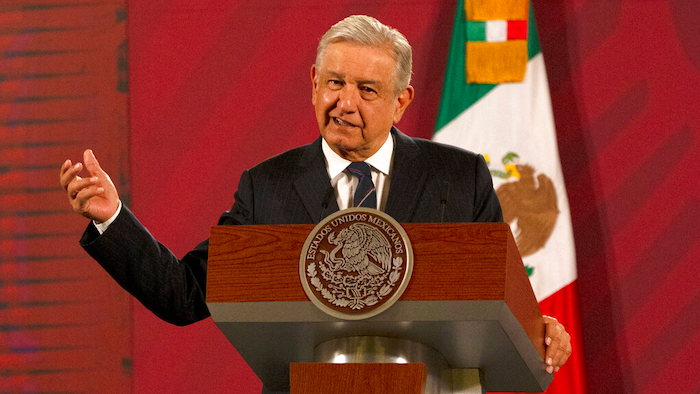 MEXICO CITY (AP) — President Andrés Manuel López Obrador said Thursday that he will propose legislation to Mexico's congress that would ban subcontracting or outsourcing of jobs by private companies, except with government authorization.

The proposal says personnel, staffing or temp companies can help private firms recruit, select or train workers, but cannot be listed as their employer.

The bill would allow subcontract workers to provide “specialized services or carry out specialized projects that are not part of a company's line of business,” but only with approval from the Labor Department.

Labor Secretary Luisa Maria Alcalde estimated the outsourced or subcontracted workforce in Mexico grew from about 1 million workers in 2003 to about 4.6 million by 2018.

The government says the practice has been abused to avoid paying employees’ the benefits they are due by law.

Alcalde cited the case of a hotel in the resort of Cancun that had 802 workers, but only two registered as its employees. Many of the other workers were kept on fictitious three-month contracts, then were rehired every three months by a different front company to prevent them from accumulating seniority, she said. She said other workers had their salaries falsely registered at the minimum wage, reducing the amount of benefit contributions owed by the employers.

The secretary said some companies fire workers before Christmas and re-hire them in January or February to avoid paying year-end bonuses. In 2019 alone, authorities say that appeared to have happened to over 380,000 workers.

Alcalde said the bill's provisions would be enforced by fines or tax evasion charges.

The proposal drew criticism from business groups when López Obrador first mentioned it in late October. They said the change would further harm Mexico’s economy when it is still reeling from the effects of the coronavirus pandemic.

The Employers’ Federation said in a statement at the time that it opposed fraudulent uses of outsourcing like the one cited by the president, but warned that a total ban “would mean the loss of a considerable number of legitimate and properly paid jobs.”

“We oppose any legal reform that prohibits labor subcontracting that complies with all legal standards,” the group said.

Companies in Mexico often contract out jobs like maintenance, cleaning and warehouse duties to temporary agencies or outside firms to avoid the expense of having to advertise for and hire employees or to increase their workforce for temporary seasonal needs.

Critics of outsourcing contend there are reports that ever more skilled and permanent positions are also being outsourced. Such employees frequently work at a company’s facilities, but are paid by another firm.

While Mexico’s minimum wage is a low $5.50 a day, benefits are proportionally slightly more generous, leaving some companies a financial incentive to avoid them. Mexico requires companies to pay into health and retirement plans for their employees as well as provide annual year-end bonuses and profit-sharing, where applicable.

A trend moving away from business travel could spell big trouble for hotels, airlines, and convention centers.
Nov 12th, 2020
Follow Us
Most Recent